Antibiotic use is associated with greater risk of Clostridium difficile infection, but according to a new study, you do not necessarily need to take antibiotics for them to pose such a risk. Researchers suggest just using the same hospital bed as a prior patient who received antibiotics may increase the likelihood of C. difficile infection. 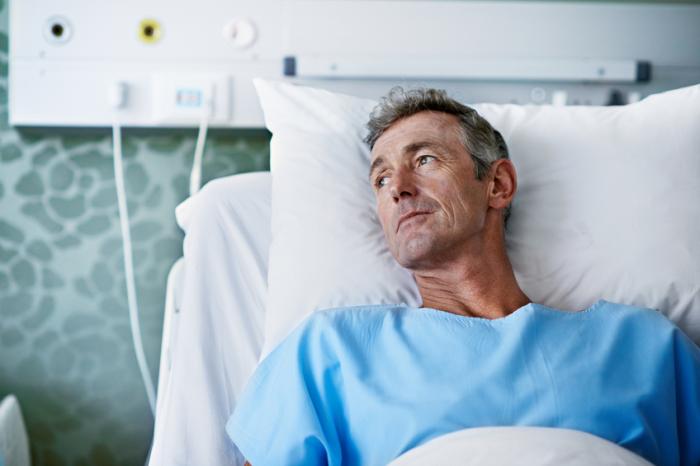 Using the same hospital bed as a prior patient treated with antibiotics may increase the risk of CDI, say researchers.

Most people carry C. difficile in the gut without the bacterium causing a problem. For some people, the bacterium can lead to infection, causing symptoms such as watery diarrhea, abdominal pain, fever, and loss of appetite.

C. difficile is shed in the feces, and individuals can become infected by coming into contact with surfaces – such as toilets and bathing tubs – that are contaminated with feces.

Such transmission is common in healthcare settings, where C. difficile can be passed to patients through medical staff who have come into contact with contaminated surfaces or objects.

“Exposure to C. difficile infection [CDI] is common in the hospital because C. difficile spores are capable of persisting in the environment for months,” note Dr. Freedberg and colleagues.

Antibiotic use and CDI risk

Antibiotic use is also common in healthcare settings, and this is a known risk factor for CDI; the drugs can destroy some of the beneficial gut bacteria that protect against the infection.

For their study, Dr. Freedberg and colleagues set out to investigate whether receipt of antibiotics in during hospital stays may raise the risk of CDI for subsequent patients who use the same bed.

The team reached their findings by analyzing the health data of adults aged 18 and older who were admitted to one of four hospitals in New York between 2000-2015.

The researchers included patients in their final analysis if they had spent a minimum of 48 hours in the first hospital bed they were allocated. Prior patients had to have used the same for at least 24 hours, and they had to have left this bed at least 1 week before the subsequent patient used it.

A computerized clinician order entry system was used to determine the antibiotic receipt of prior patients.

Subsequent patients with a history of CDI were eliminated from the analysis, as were those who tested positive for CDI within 48 hours of hospital admission. This was to get a more accurate view of how a prior patient’s antibiotic use affected the CDI incidence of subsequent patients.

The team pinpointed 100,615 pairs who sequentially used the same hospital bed. Of these, there were 576 pairs in which the subsequent patient developed CDI within 2-14 days of initial arrival at their hospital bed.

Overall, the researchers found that subsequent patients were 22 percent more likely to develop CDI if the patient who previously occupied their bed had received antibiotics.

While the heightened risk of CDI reduced slightly when accounting for a number of possible confounding factors – including patient comorbidities and ward type – the researchers say their findings still showed a “statistically significant” association between antibiotic use by a prior patient and increased risk of CDI in a subsequent patient.

“The increase in risk was small but is of potential importance given the frequency of use of antibiotics in the hospital,” the authors write, adding:

“These data imply that patient-to-patient transmission of C. difficile or other bacteria that mediate susceptibility to CDI takes place in the non-outbreak setting and in the face of a multifaceted effort seeking to prevent healthcare-associated CDI.

More generally, these data support the hypothesis that antibiotics given to one patient may alter the local microenvironment to influence a different patient’s risk for CDI.”

The team explains that in patients colonized with C. difficile, antibiotic use may increase proliferation of the bacterium, increasing the number of C. difficile spores that make into the environment.

The authors recommend that future studies investigate the “herd effect” of antibiotic use in healthcare settings.

Learn how a high-zinc diet may increase the risk of CDI.