“ It wasn’t me!” This is just one of many statements parents are likely to have heard from their child, often in a desperate attempt to escape the blame for a misdeed they are clearly guilty of. But when it comes to truths and lies, do children consider the moral implications? According to a new study, it depends on their age. 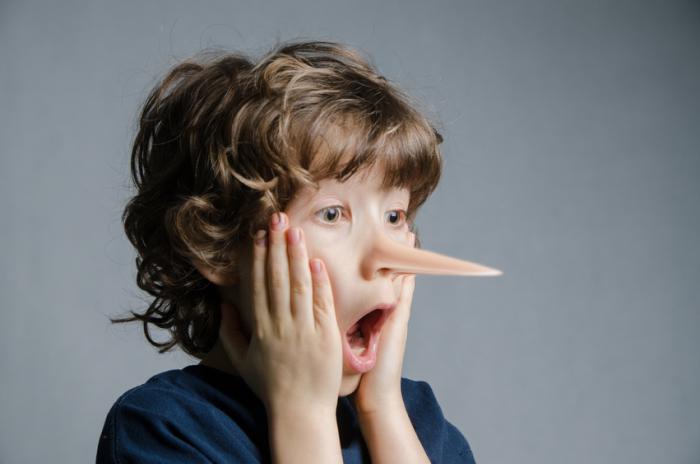 Researchers find older children are more likely to consider the moral implications of truths and lies.

Researchers from McGill University in Canada found children’s perceptions of honesty and deceit change as they age, with older children more likely to judge a truth or lie based on how it affects themselves and other people.

Study leader Victoria Talwar, of the Department of Educational and Counseling Psychology at McGill, and team publish their findings in the International Review of Pragmatics.

From a young age, children are often told that telling the truth is good and lying is bad. However, as the authors point out, in reality, it is not so black and white; most of us will be able to think of a time when we have told a lie in order to spare another person’s feelings – often referred to as a “white lie.”

But at what point do children consider the moral consequences of lying? This is what Talwar and team wanted to find out.

“We were interested in gaining a more nuanced picture of children’s perceptions of truth and lies – since not all lies have negative consequences for the other person, and not all truths have positive consequences for someone else,” says Talwar. “We were curious to know at what age children start to understand this.”

‘Tattling’ a concern for older, but not younger children

For their study, the researchers enrolled 100 children aged 6-12 years and showed them a number of videos in which child-like puppets were either lying or telling the truth.

Each video demonstrated a different moral implication of a lie or truth; some videos showed a puppet blaming an innocent person for their own misdeed, for example, while other videos showed an individual lying to protect another person, despite hurting themselves.

Some videos also portrayed the negativities of truth-telling, such as disclosing the wrongdoing of another individual for personal gain – referred to as “tattling.”

After viewing the videos, the researchers asked the children to report whether they felt the characters in each video were honest or deceitful, and whether they should have been rewarded or punished based on the lies or truths they told.

The team found that at all ages, the children were able to tell the difference between a truth and lie with ease.

When it came to deciding which truths and lies should be rewarded or punished, however, the researchers found that there were significant differences between older and younger children.

In essence, the findings suggest that children’s understanding of whether a truth or lie will hurt themselves, or another individual, influences their perceptions of honesty and deceit, and such an understanding varies with age.

“Younger children see things more starkly – truths are good and lies are bad. But by the time they are 10-12 years old, children become more aware that truth and lies are less binary. The older they are, the more interested children are in the consequences of these actions. They are also more able to start looking at the intentions behind the speech.”

The researchers speculate that younger children’s perceptions of truths and lies may be influenced by what they are told by parents and caregivers – for example, that truth-telling is always good and lying is always bad.

Among older children, the researchers hypothesize that they are more likely to be concerned about tattling because they are worried about what their friends might think of this behavior.

Overall, the authors say their findings suggest parents, caregivers, and teachers should have deeper conversations about the moral implications of truths and lies from the age of 6 years.

Read about a study that suggests a child’s later-life intelligence is not influenced by parenting.

To Help Children And The Economy Becomes Stronger Through Innovation