Older adults who have had a stroke may be at greater risk of death if they have anemia. This is the conclusion of a new study published in the Journal of the American Heart Association. 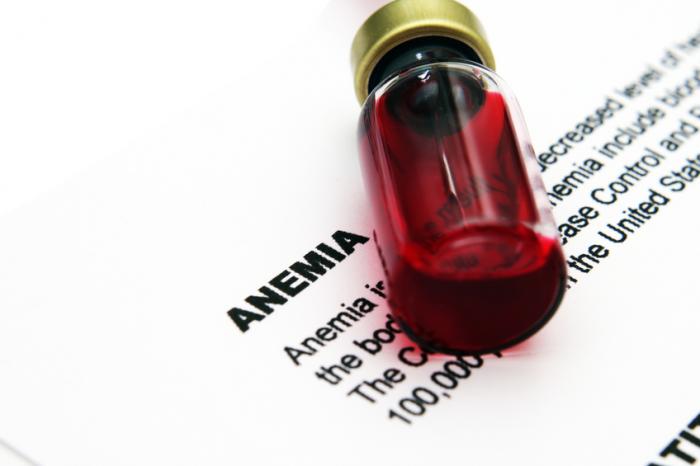 For older stroke patients, anemia may increase their risk of death.

Stroke affects more than 795,000 Americans each year, and it is a leading cause of long-term disability in the United States.

Around 87 percent of all strokes are ischemic, whereby the artery that supplies oxygen-rich blood to the brain becomes blocked. When an artery in the brain leaks or ruptures, this is known as hemorrhagic stroke.

According to the research team – including senior author Dr. Phyo Myint of the University of Aberdeen in the United Kingdom – many patients who have experienced stroke have anemia.

Anemia is a condition characterized by low levels of circulating red blood cells or hemoglobin, which causes a reduction in the amount of oxygen that is transported to the body’s organs and tissues.

Signs and symptoms of anemia include fatigue, headache, pale skin, dizziness, shortness of breath, coldness in the hands and feet, and chest pain.

While anemia can affect any age group, pregnant women and older adults are at increased risk for the condition.

For their study, Dr. Myint and colleagues set out to investigate how anemia may impact risk of death following stroke.

Twofold risk of death for stroke patients with anemia

The researchers analyzed the data of 8,013 adults of an average age of 77, all of whom had been admitted to the hospital with acute stroke between 2003-2015.

The team looked at how participants’ levels of hemoglobin – a protein in red blood cells that carries oxygen – and incidence of anemia influenced their risk of death in the year after their stroke.

On hospital admission for stroke, the researchers found that around 25 percent of patients had anemia, and this increased their risk of death over the following year.

Furthermore, the researchers found that higher hemoglobin levels among patients were associated with poorer stroke outcomes and increased risk of death, particularly in the first month after stroke.

This finding, the team says, suggests that both low and high hemoglobin levels may raise stroke patients’ risk of death.

The researchers’ findings were further confirmed with a systematic review of 20 studies – involving almost 30,000 patients – that looked at the link between anemia and stroke outcomes.

Overall, the authors say their research highlights the importance of anemia prevention, diagnosis, and treatment for stroke patients.

“One example of an intervention might be treating the underlying causes of anemia, such as iron deficiency, which is common in this age group,” says co-author Raphae Barlas, also of the University of Aberdeen.

“As the study has convincingly demonstrated, anemia does worsen the outcome of stroke, so it is very important that we identify at-risk patients and optimize the management.”

Read how a major red blood cell discovery could lead to new treatments for anemia.