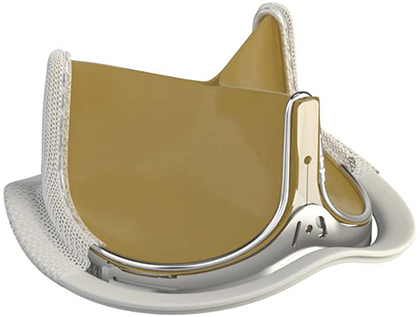 Edwards Lifesciences won European CE Mark approval for its new INSPIRIS RESILIA aortic valve. Its primary feature are the flaps that are made of RESILIA tissue, an innovation developed by Edwards that helps maintain the integrity of the material as well as reducing calcification over the flaps. Unlike many other flaps, this technology allows it to come packaged dry and ready for implantation.

Some details of the study that led to the approval:

CE Mark of the INSPIRIS valve was supported by the COMMENCE pivotal trial, a global, U.S. Food and Drug Administration premarket approval study. One-year results of this study were presented during this year’s late-breaking sessions at the American Association for Thoracic Surgery’s (AATS) 96th annual meeting. The results of 673 patients showed no cases of structural valve deterioration, valve thrombosis or nonstructural valve dysfunction. In addition, a series of pre-clinical studies have shown RESILIA tissue to offer key benefits, such as significantly reduced calcification and sustained hemodynamics compared to a current treatment option.