For patients with severe coronary artery disease, heart bypass surgery can reduce the risk of heart attack and improve overall quality of life. Now, researchers report the possibility of a new treatment that may be even more beneficial, without the surgery. 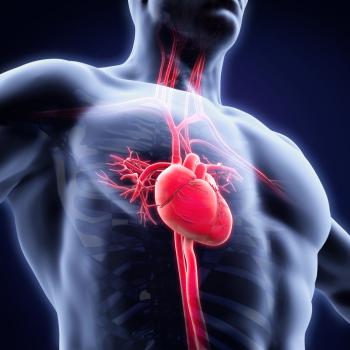 Researchers say the protein AGGF1 could be a promising treatment for coronary heart disease and heart attack.

Coronary artery disease (CAD) is the most common form of heart disease in the United States, responsible for more than 370,000 deaths in the country every year.

The condition arises when plaque builds up in the coronary arteries, partially or fully blocking the flow of oxygen-rich blood to the heart muscle. This blockage can cause heart attack, angina – severe chest pain – and, over time, heart failure.

While lifestyle changes – such as adopting a healthy diet and regular physical activity – are considered key to improving CAD, some patients may require heart bypass surgery, which can help restore blood flow to the heart.

But, as with all surgery, it has its risks. These include chest wound infection, bleeding, stroke, heart attack, and kidney or lung failure.

In the new study – published in the journal PLOS Biology – researchers reveal how a protein called AGGF1 triggered new blood vessel growth, effectively bypassing blocked blood vessels, to treat heart attack in mice. What is more, there was no surgery in sight.

The process by which new blood vessels grow is called angiogenesis, and it was already known that AGGF1 promotes this activity. Exactly how the protein does so, however, has been unclear.

Researchers speculate that uncovering the mechanisms by which AGGF1 triggers angiogenesis could lead to a new treatment for CAD, heart attack, and other ischemic diseases – a treatment termed “therapeutic angiogenesis.”

For this latest study, the researchers – including Qing Kenneth Wang from Huazhong University of Science and Technology in Wuhan, China, and the Cleveland Clinic in Ohio – firstly looked at how AGGF1 affects human endothelial cells, which are cells that form new blood vessels.

Early in AGGF1 exposure, the team found that the endothelial cells demonstrated autophagy – a naturally occurring process by which the body eliminates unwanted debris, such as toxins or damaged cell components.

By assessing the hearts of mice that had been treated with AGGF1, they found that endothelial cells and other types of heart cells responded to the protein with autophagy.

On applying autophagy-inhibiting drugs to human endothelial cells exposed to AGGF1, they were able to block angiogenesis. This, the team says, suggests AGGF1 needs autophagy in order to promote new blood vessel growth.

To further confirm their theory, the team genetically modified mice to have mutations in one or both copies of the AGGF1 gene.

The mice that had mutations in both copies died as embryos. While 60 percent of mice that had one working copy of the gene survived into adulthood, these mice showed lower levels of autophagy in their hearts.

In the next part of the study, the team studied a mouse model of myocardial infarction, or heart attack.

When heart attack occurs, this causes damage to heart tissue. The researchers found that alongside damaged heart tissue in the mouse models came an increase in AGGF1 levels, which they speculate is down to reduced oxygen in the damaged tissue.

Treating these mice with additional AGGF1 increased the number of rodents that were alive 2-4 weeks later, the team reports. What is more, the treatment improved heart structure and function, as determined by echocardiogram.

Further investigation led to the identification of another molecule that is involved in AGGF1-induced angiogenesis, known as JNK; blocking this molecule with drugs stopped AGGF1 from forming new blood vessels.

Additionally, the researchers found that blocking autophagy through drugs or mutations in genes needed for the process stopped AGGF1 from promoting angiogenesis, and it also hindered the repair of heart tissue damage following heart attack.

This finding, the team says, provides further evidence that autophagy is needed in order for AGGF1 to trigger angiogenesis.

While the process by which autophagy induces angiogenesis remains unclear, the researchers say their findings shed light on how AGGF1 can be utilized to form new blood vessels, paving the way for non-surgical heart bypass:

“Our data demonstrate that autophagy is essential for effective therapeutic angiogenesis to treat CAD and myocardial infarction; AGGF1 is critical to induction of autophagy and AGGF1 is a novel agent for treatment of CAD and MI.

Our data suggest that maintaining or increasing autophagy is a highly innovative strategy to robustly boost the efficacy of therapeutic angiogenesis.”

Read about a study that suggests heart disease may be misdiagnosed in active adults.