The cervical stitch is a common procedure used to prevent preterm birth. Breaking research concludes that the size of the thread used can make a significant difference to the outcome for the infant. 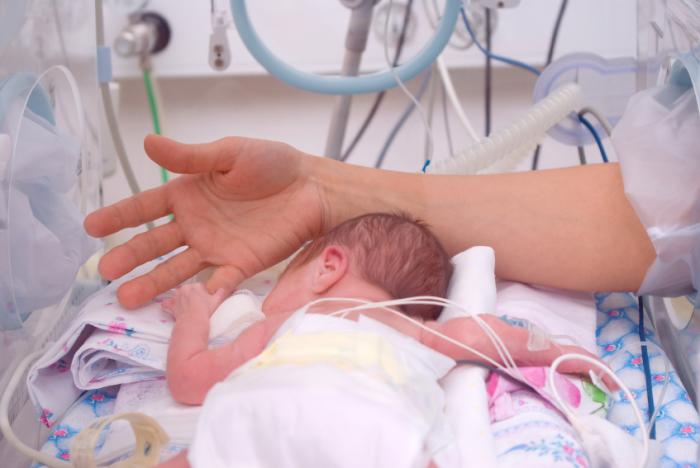 A small change in cervical stitch thread size could save lives.

An estimated 1 in 10 American babies are born prematurely.

Being born before the 37-week mark is the greatest contributor to infant death and a leading cause of long-term neurological disabilities.

Preterm births are triggered by the cervix opening too early and allowing the baby to enter the birth canal.

Women who are considered at high risk of miscarriage or preterm birth often undergo the cervical stitch procedure, also known as cervical cerclage.

The cervical stitch procedure involves stitching the entrance to the cervix closed with a piece of thread; globally, more than 2 million women have this intervention each year.

Not only does the procedure help the cervix stay closed and delay labor, but it also acts as a barrier to prevent potentially harmful bacteria from traveling through the cervix and into the womb.

Although the exact causes of preterm births are not known, bacterial infection is considered a potential factor; therefore, increasing the strength of the natural barrier helps minimize the risk.

Surgeons completing the cervical stitch procedure use one of two types of thread. The first is a thin, 1-millimeter diameter, fishing line-like thread called monofilament; the other is a thicker thread, around 5 millimeters thick, woven from smaller threads, resembling a shoe lace.

Currently, the thicker thread is used in around 80 percent of cervical stitch procedures, predominantly because it is considered to be sturdier and more efficient at holding the cervix closed.

A group of researchers from the Department of Surgery and Cancer at Imperial College London, United Kingdom, set out to investigate which of the two threads was most medically beneficial.

The results are published this week in the journal Science Translational Medicine.

“Our current study suggests the thick multifilament thread is associated with increased risk of complications. Even after factoring in the age and overall health of the patient.”

The researchers looked at 671 women from five U.K. hospitals over the past 10 years, all of whom had undergone the cervical stitch procedure. Roughly half had the thin monofilament, and the others had the thicker shoelace thread.

The rate of intrauterine death (death of the fetus before birth) in normal pregnancy is around 0.5 percent. In the thinner thread group, that figure was 5 percent, and in the shoelace group, it jumped up to 15 percent.

When the team investigated the preterm birth rate – which is 7 percent within the general population – they found that the thicker, shoelace thread was associated with a 28 percent rate, whereas the thinner thread was just 17 percent.

As a follow-up investigation, the team, led by Prof. Bennett, followed another 50 women. Half of these women used the thinner thread, the others used the wider type. The women were monitored at 4, 8, and 16 weeks with an ultrasound scan and an analysis of bacteria collected using vaginal swabs.

It was found that the women who were given the thicker thread had an increased inflammation of the cervix and increased blood flow to the region; this change is associated with the cervix opening prior to labor.

At the start of the study, all of the women had a similar collection of naturally occurring Lactobacillus. However, after 4 weeks, the group with the thicker thread were found to have more “potentially dangerous” bacteria around their cervix and inside the vagina.

These new bacteria are:

“[…] associated with poor outcomes during pregnancy, like preterm birth and infection in babies. Women who received the thinner thread maintained normal levels of harmless Lactobacillus bacteria in the birth canal or cervix.”

As a third prong to the study, the team investigated how easily bacteria could grow on the two sizes of thread. Summarizing the tests, Dr. MacIntyre says: “We found potentially dangerous bacteria grew more easily on the thicker thread. This may be because bacteria can latch onto the woven structure of the thick thread more easily than the smooth, thin thread.”

The conclusions drawn from the study are that, on a global basis, by switching from thicker to thinner thread, 170,000 premature births and 172,000 intrauterine deaths could be prevented.

To test these findings more thoroughly, a further study using 900 patients is already underway, organized by the University of Birmingham, U.K.

Any medical discovery that can simply, cheaply, and effectively save lives is a game-changer. Jane Brewin, chief executive of Tommy’s – a charity dedicated to children’s health – says: “The really good news is that a safe and proven treatment to prevent preterm birth has just been made safer by this new finding.”

Learn more about the benefits of breast-feeding preterm babies.