Being overweight or obese in midlife may age the brain by around 10 years. This is the finding of a new study led by researchers from the University of Cambridge in the United Kingdom. 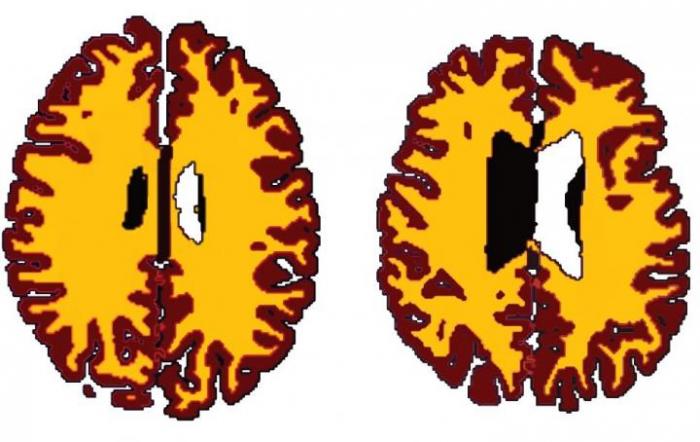 Published in the journal Neurobiology of Aging, the study revealed that middle-aged adults who were overweight had reduced white matter volume in the brain, compared with their lean counterparts.

The research team – including senior author Prof. Paul Fletcher of the Department of Psychiatry at the University of Cambridge – says this reduction in white matter represents around a decade of brain aging.

According to the World Health Organization (WHO), the rate of obesity across the globe has more than doubled since 1980; in the United States alone, more than a third of adults are obese.

It is well known that obesity can raise the risk of numerous health problems, including cardiovascular disease, type 2 diabetes, and some forms of cancer. But increasingly, researchers are finding that being overweight may also have negative consequences for the brain.

In particular, some studies have suggested that obesity can accelerate the onset and progression of brain shrinkage – the reduction in white and gray matter volume that naturally occurs as we age.

However, Dr. Ronan and colleagues say there is a lack of “direct evidence” to support this association.

“We’re living in an aging population, with increasing levels of obesity, so it’s essential that we establish how these two factors might interact, since the consequences for health are potentially serious,” notes Prof. Fletcher.

In order to learn more about the link between weight and brain shrinkage, the researchers conducted a cross-sectional study in which they analyzed data of 473 cognitively healthy adults aged 20-87.

Compared with the lean subjects, those who were overweight or obese were found to have significantly reduced white matter volume.

The researchers then looked at how white matter volume was associated with the age and weight of subjects, and they found that overweight and obesity appeared to have the most detrimental impact on the brains of middle-aged adults.

“The fact that we only saw these differences from middle age onwards raises the possibility that we may be particularly vulnerable at this age. It will also be important to find out whether these changes could be reversible with weight loss, which may well be the case.”

The researchers note that they are unable to conclude whether obesity in midlife causes a reduction in white matter, or whether it is such brain changes that cause obesity.

Additionally, the team found no differences in cognitive abilities between lean, overweight, and obese individuals, as determined through an IQ test.

Still, the researchers conclude that their findings indicate that midlife obesity may contribute to brain aging, and further research should be conducted to pinpoint the underlying mechanisms of this association.

Learn how menopause and insomnia may accelerate cellular aging.