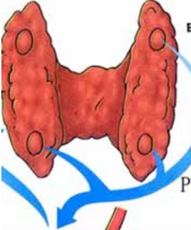 Parathyroid hormone (PTH) levels may be elevated by use of some antihypertensive agents but reduced by others, analysis of the Multi-Ethnic Study of Atherosclerosis (MESA) suggests.

“These associations may provide a mechanistic explanation linking use of these medications to the development of skeletal outcomes”, say Anand Vaidya (Brigham and Women’s Hospital, Harvard Medical School, Boston, Massachusetts, USA) and co-researchers.

As reported in the Journal of Bone and Mineral Research, the team excluded MESA participants with chronic kidney disease and those thought to have primary hyperparathyroidism, leaving 1888 participants (aged 45–84 years) who were receiving treatment for hypertension.

After accounting for confounders, including use of other antihypertensive agents, the 518 users of thiazide diuretics had significantly lower PTH levels than non-users, by 3.2 pg/mL.

The 82 users of loop diuretics had PTH levels that were an average of 12.0 pg/mL higher than those of other patients, and the 637 CCB users had a significant 3.7 pg/mL increase. But on further analysis, only users of dihydropyridine CCBs had increased PTH levels, by 5.0 pg/mL, with levels unchanged in users of other CCBs.

The findings were similar when the comparison group was limited to patients not using thiazides, loop diuretics or CCBs, and also when patients using multiple antihypertensive agents were excluded from the analysis.

The researchers believe that if loop diuretics directly or indirectly provoke an increase in PTH, as suggested by the current study findings, it may explain previous associations between loop diuretics and reduced bone mineral density and increased fracture risk; elevated PTH would lead to increased bone resorption.

Conversely, thiazides have been linked to increased bone mineral density and reduced fracture risk, consistent with the low levels of PTH seen in the thiazide users in the MESA cohort.

“Given how frequently these medications are used […] understanding how these anti-hypertensive medications may modulate PTH levels has public health relevance”, the team concludes.