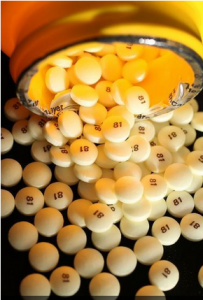 Researchers reported in the medical journal “Lancet” article said that although doctors often advise patients to take aspirin, but as soon as aspirin effect has been underestimated, and sometimes the treatment was delayed.

Is hindered by a minor stroke caused by blood flow in the brain, can cause weakness, speech and visual disturbances and other symptoms, these symptoms tend to disappear within a few days. However, in patients with mild stroke after, there is a high risk of severe stroke.

Previous studies showed that taking aspirin, especially long-term use can dilute the blood, reducing the risk of blood clots forming in the blood, thereby reducing the possibility of a massive stroke.

Oxford University science team now believes that the most important effect of aspirin is reflected in a few hours after the onset of a minor stroke several days time. Researchers estimate that at this time the earlier aspirin, can put a serious chance of stroke onset reduced from one-twentieth to eleven percent.