Taiwan wake of the first cases of Zika virus! A few days ago when immigrants from the Taoyuan airport screening stations were found in the Thai national men’s fever, infection after tests confirmed Zika virus.

A man from Thailand has been hospitalized in Taiwan after having arrived there infected with Zika virus, an agent thought to be associated with brain-damaging birth defects in infants. 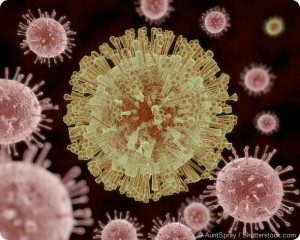 The 24-year old man is the first imported case of Zika virus infection to be identified in Taiwan among 50,000 samples that have been collected by the Taiwan Centers for Disease control (CDC) since 2003.

The man was stopped by a quarantine officer at Taoyuan International Airport after having set off temperature scanners and is now being held for observation at a local hospital.

The Zika virus spread rapidly throughout Central and South America during the second half of 2015 and sporadic imported cases from countries in these areas have been reported in the U.S, Canada and Europe. In 2013 and 2015, imported cases of infection were identified in Cambodia, Malaysia, the Philippines, Thailand, Maldives and Indonesia.

Director of the Epidemic Intelligence Center at Taiwan’s CDC, Liu Ting-ping, says that the man had already experienced symptoms such as fever and headache when he was in Thailand on January 9th.

He also had a headache before boarding his plane in Bangkok and was detained at the airport’s fever- screening station. Specimens were collected from the man, which showed he was negative for dengue virus, following which, his sample was handed to the Taiwan CDC laboratory for further testing. Those tests revealed that he had Zika virus. Currently, the infected man is stable and recovering.

The main routes of transmission for Zika virus are through mosquitoes (which also carry dengue fever and yellow fever), blood transfusion and transmission from mother to child during pregnancy. There is no vaccine or cure available to protect against the disease and the best form of prevention is protection against mosquito bites.

Researchers increasingly suspect that Zika virus infection is linked to rises in cases of the neurological disorder microcephaly, which affects the cranium and brains of newborns. The problem has been of particular concern in Brazil, where the number of suspected cases rose to 3,893 by January 16th from 3,530 just 10 days previously.

The Taiwan CDC advises that pregnant women postpone any visits to areas affected by the virus and also urges any other travellers to such areas to ensure they take measures to protect against mosquito bites. Examples of precautions travellers can take include wearing long-sleeved, light colored clothing and applying mosquito repellent to any body areas that are exposed.

How To Control Damaging Health Impacts of Mosquito-borne Diseases