Environmental factors are closely related to human cancer development. As early as in 1775 to observe people in professional chimney sweep scrotum squamous cell carcinoma is very common, mainly caused by exposure to soot, which is the first and occupational and environmental exposure associated with tumor. 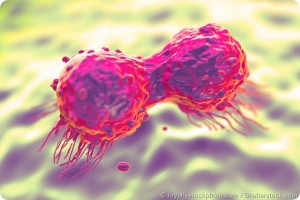 Researchers have found that extrinsic factors such as environmental exposures and behaviors contribute heavily to the development of the vast majority of cancers.

The finding may have important implications for the strategizing of cancer prevention, research and public health.

After a paper published in Science in January 2015 concluded that most of the variation in cancer risk among tissues is simply a result of “bad luck,” Song Wu (Stony Brook University, New York) and colleagues were inspired to assess data and find out what contributes to the risk of developing cancer.

Many scientists argued against the ‘bad luck’ or ‘random mutation’ theory of cancer but provided no alternative analysis to quantify the contribution of external risk factors,”

Using these four approaches to assess cancer risk, the team found that most cancers can largely be attributed to external risk factors, with random mutations or intrinsic factors only accounting for 10 to 30% of cancers.

First, the team re-examined the association between lifetime cancer risk for lung, pancreatic and colorectal cancer, as well as cancer of other tissues, and the division of normal tissue stem cells in the individuals reported in the Science paper.

They found that tissue with similar stem cell divisions did not show a similar observed lifetime cancer risk and concluded that intrinsic factors only play an important role in around 10% of cancers. This would explain why immigrants moving from areas where cancer incidence is low acquire a greater cancer risk when they move to countries where cancer incidence is higher.
The team also analyzed studies on mutational signatures in cancer and identified 30 distinct signatures among various cancers. The signatures were categorized as having either extrinsic or intrinsic origins. The analysis showed that the majority of cancers such as lung, colorectal, bladder and thyroid cancers had large numbers of mutations that were likely caused by extrinsic factors.

In addition, the researchers assessed the Surveillance, Epidemiologic and End Results Program data, which showed that the incidence of cancer and cancer mortality have been increasing, suggesting that external factors contribute heavily to these cancers.

Finally, the team used known gene mutations and the likelihood that they arise due to intrinsic mutations rates to perform computational modeling and determine the contribution of intrinsic factors to the development of cancer.

This showed that when three or more mutations are needed for cancer onset, intrinsic factors were far from adequate to account for the observed risks, suggesting that only a small amount of intrinsic factors contribute to cancer risk.

The team used these four methods with and without using the stem cell estimations, thereby ensuring the cancer risk was not just assessed by a single type of analysis.

Co-author of the paper Yusuf Hannun says this multi-method approach “provides a new framework to quantify the lifetime cancer risks from both intrinsic and extrinsic factors, which will have important consequences for strategizing cancer prevention, research and public health.”

Moderate Alcohol Use Linked With Breast Cancer In Women