Peritonitis is a problem with the peritoneum, a moist tissue around the inside of the belly wall. Usually, the reaction is due to it becoming infected by microbes such as bacteria.

Peritonitis is a serious and urgent problem that doctors need to treat as soon as possible. Symptoms that could mean peritonitis include sudden, severe belly pain.

Infection is often caused by a rupture, or “perforation.” One example of this is when appendicitis develops into a ruptured appendix. When this happens, pus from the infection bursts from the gut into the peritoneum.

Peritonitis is a serious problem that needs urgent medical attention in a nearby emergency room or by calling an ambulance. Patients who develop peritonitis while already in the hospital need attending to urgently.

Sudden, severe stomach pain that gets worse is the main symptom of peritonitis. 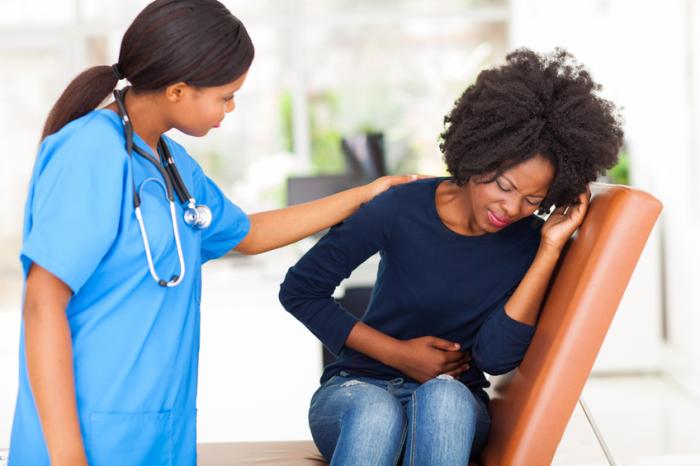 The main symptom of peritonitis is severe stomach pain.

Symptoms of infection or inflammation because of peritonitis include the following. Some are related to serious effects in the body such as dehydration and shock caused by peritonitis:

Whether these symptoms turn out to be from peritonitis or something else, it is important to get medical help.

The first thing doctors will want to do with such symptoms is to rule out, or treat, anything potentially life-threatening like peritonitis.

A swollen belly can also be a symptom of peritonitis. When a rupture is the cause of peritonitis, fluid moves to the belly cavity and the bowel. This results in loss of fluid from the rest of the body. This is what causes the worst dehydration effects of peritonitis.

When liver disease is behind peritonitis, a swollen belly occurs for a different reason.

Here, the fluid swelling in the belly is caused by liver disease that has become infected. This is usually without the perforation that is seen in other types of peritonitis. This is known spontaneous bacterial peritonitis.

This form of peritonitis has different symptoms. The symptoms of spontaneous bacterial peritonitis are mostly discomfort, caused by the pressure of the increased fluid. For people with liver disease whose swollen bellies get infected, the pain is mild to moderate, not severe.

If peritonitis is not diagnosed quickly, lack of treatment can lead to more dangerous conditions such as sepsis and septic shock. This is why peritonitis is a medical emergency – it can quickly become life-threatening.

What is the peritoneum? 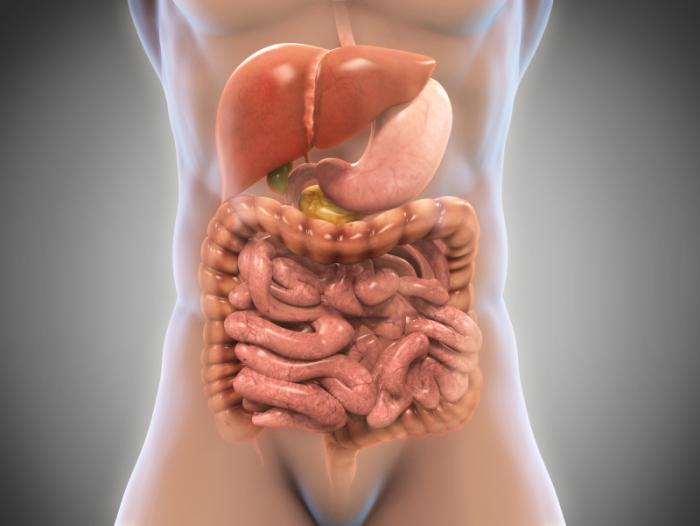 The peritoneum holds the insides of the belly in place.

The abdominal cavity contains the main parts of the gut such as the stomach and intestines and other organs such as the liver and kidneys.

The peritoneum lines the belly or abdominal wall, but also forms a number of folds that go inward. By folding in, the peritoneum weaves between abdominal organs and gives them a covering membrane.

In this way, the peritoneum holds the insides of the belly in their places.

The folds of the peritoneum also contain blood and nerve supplies. These vessels can be seen running through the curtain of membrane holding together the intestines.

Most cases of peritonitis are caused by infections. In rare cases, these can be in the peritoneum itself. Most commonly, infections come from another source.

A rupture in the gut is often the source of an infection. Ruptures can come from a burst appendix, or from a hole created by a severe stomach ulcer, among other causes.

People on a type of kidney dialysis that involves filling the peritoneum with fluid and exchanging this can also get an infection from outside the body.

Other possible causes include:

Peritonitis can happen to people who have excess fluid in their bellies because of long-standing disease, liver disease especially. This is one of the less common causes.

While it is uncommon, the peritoneum can also be affected by cancer.

Anyone with symptoms that might be due to peritonitis should see a doctor as soon as possible. Peritonitis is serious, but the symptoms are also important to manage whatever their cause.

The first step with diagnosis is for doctors to ask questions. This helps them narrow down the exact type, timing, and location of symptoms.

Sometimes, the signs of peritonitis are more obvious to doctors. A patient having peritoneal dialysis for kidney disease, for example, will be at risk of infection brought through the belly wall. The dialysis will be monitored for how the exchanged fluid looks. Doctors may diagnose and treat peritonitis straight away if this fluid is cloudy.

For any suspected peritonitis, doctors check the signs by doing a physical examination, looking at the belly in particular.

Further investigations are made to check for infection or locate the source of the problem. These tests might include:

Fluid around the peritoneum may be drawn from the belly and tested for signs of inflammation and infection. This is called paracentesis.

Excess fluid in the belly fills the spaces between the folds of the peritoneum membrane. This means it fills the abdominal cavity between the organs. Doctors call this condition ascites. The fluid is called ascitic fluid.

Testing includes sending off the sample for white cell counts and chemical analysis. The lab can also look for bacteria and other microbes under the microscope, or by using stains and cultures.

Not all cases are suitable for the paracentesis test. When it is done, a thin needle is inserted into the belly skin and through the abdominal wall. Preparation is done to ensure that:

Having fluid in the belly may be the reason for being seen in the hospital in the first place. This fluid is more likely for people who have liver disease, and many can get peritonitis.

According to a paper given at the 2010 annual scientific meeting of the American College of Gastroenterologists, spontaneous bacterial peritonitis is found in some 20 percent of people admitted to hospital with ascites because of liver cirrhosis. 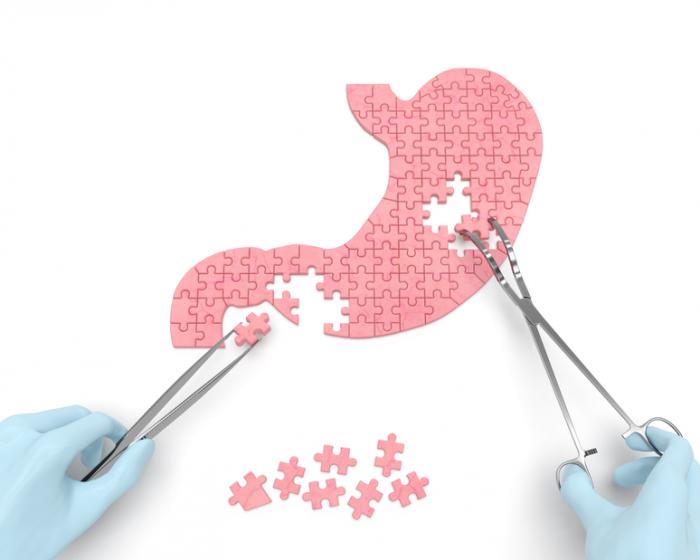 If there is a hole in the gut, doctors will need to perform surgery.

Peritonitis is not always preventable, and it can happen without warning. However, some cases are preventable.

Good hygiene practices in hospitals are important. This is especially true for those people with kidney disease who have the peritoneal form of dialysis where infections could be introduced into the belly.

If a gut perforation is the cause, acting quickly could prevent peritonitis from developing. Quick treatment is important in any case.