Scientists from the University of Missouri find exposing mice prenatally to chemicals used in fracking may harm the fertility of female mice, suggesting that damaging reproductive health outcomes might also be likely in humans. 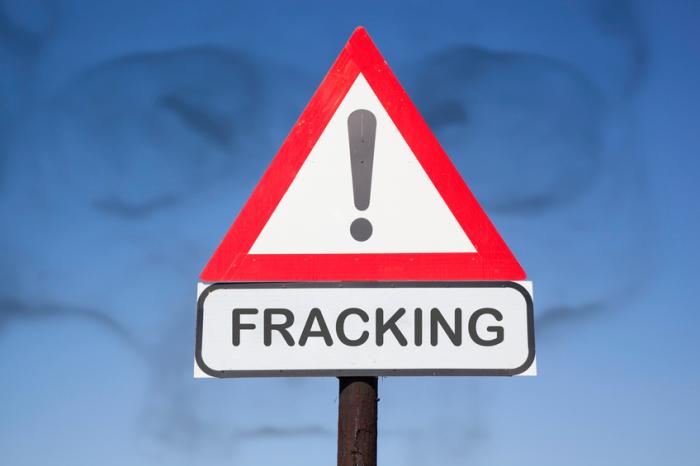 Exposure to fracking chemicals may cause mice to have lower levels of reproductive hormones.

Hydraulic fracturing, or fracking, is a technique designed to recover gas and oil from shale rock. The process involves drilling down into the earth and directing a high-pressure water mixture – of water, sand, and chemicals – into the rock to release the gas inside.

The term fracking refers to how the rock is fractured apart by the high-pressure mixture.

Researchers say that the new study, published in the Endocrine Society’s journal Endocrinology, is the first study to find a link between exposure to fracking chemicals and adverse reproductive and developmental repercussions in female mice.

Previous research has found that fracking chemicals are endocrine-disrupting chemicals (EDCs) – that is, they cause adverse health effects by interfering with hormones in the body.

The body’s hormones – the chemical messengers that regulate respiration, reproduction, metabolism, growth, and other biological functions – are mimicked or blocked by EDCs.

EDCs are found in products such as food, toys, and cosmetics, as well as throughout the environment.

Industry-reported data reveal that oil and gas wells fracked across the United States between 2005-2015 used at least 5 billion pounds of hydrochloric acid, and 1.2 billion pounds of petroleum distillates, which causes throat, lung, and eye irritation, dizziness and nausea and can be composed of toxic and cancer-causing agents. They also found in that period that 445 million pounds of methanol was used, which is suspected of causing birth defects.

A recent study by Yale University evaluated available data on 1,021 chemicals used in fracking and concluded that 157 of them – chemicals such as arsenic, benzene, cadmium, lead, formaldehyde, chlorine, and mercury – were associated with either developmental or reproductive toxicity.

Mice were exposed to 23 chemicals commonly used in fracking and gas and oil development to observe the effect they have on the main hormones. The 23 oil and gas chemicals were mixed by scientists in four different concentrations, ranging from those found in drinking water and groundwater, to levels found in industry wastewater.

The chemical mixtures were given to pregnant mice in their drinking water on day 11 of pregnancy until they gave birth.

“The evidence indicates that developmental exposure to fracking and drilling chemicals may pose a threat to fertility in animals and potentially people,” says the study’s senior author Susan C. Nagel, Ph.D., of the University of Missouri.

“Negative outcomes were observed even in mice exposed to the lowest dose of chemicals, which was lower than the concentrations found in groundwater at some locations with past oil and gas wastewater spills,” she adds.

Female offspring from the mice that received the various chemical mixtures were compared with a control group of female mice that were not exposed.

Research showed that, compared with the control group, the mice exposed to fracking chemicals had lower levels of the hormones prolactin, follicle stimulating hormone (FSH), and luteinizing hormone, which are related to reproductive health.

Mice that received the lowest doses of the chemical mixture had fewer ovarian follicles – the pockets where eggs are stored – suggesting that those exposed mice may have fewer eggs and, as a result, a shorter period of fertility than the control mice. Exposure to the highest dose of chemicals increased the number of ovarian follicles in the mice, which could suggest inappropriate follicle activation and eventual follicle death.

Another difference between the exposed and non-exposed mice was that the mice exposed in utero weighed 10 percent more at 21 days of age, had increased heart weights, and displayed other indicators of abnormal heart muscle thickening not seen in the control group.

“Female mice that were exposed to commonly used fracking chemicals in utero showed signs of reduced fertility, including alterations in the development of the ovarian follicles and pituitary and reproductive hormone concentrations.”

“These findings build on our previous research, which found exposure to the same chemicals was tied to reduced sperm counts in male mice. Our studies suggest adverse developmental and reproductive health outcomes might be expected in humans and animals exposed to chemicals in regions with oil and gas drilling activity,” Nagel concludes.

Read about how pregnancy rates are higher for women who have had their tonsils and appendix removed.