Manuka honey has long been hailed as a health food, with a number of studies reporting its antibacterial and anti-inflammatory properties. Now, a new study provides further evidence of such benefits, after finding it can halt the development of bacterial biofilms – groups of microorganisms that can adhere to surfaces and facilitate transmission of infections. 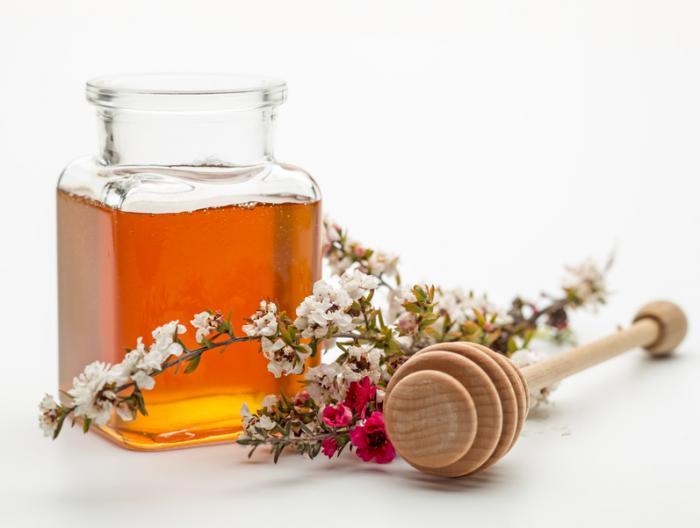 Study co-author Bashir Lwaleed, of the Faculty of Health Sciences at the University of Southampton in the United Kingdom, and colleagues report their findings in the Journal of Clinical Pathology.

The strongest evidence is for its antibacterial properties; a 2012 study, for example, suggested Manuka honey may be effective against chronic wound infections caused by Streptococcus pyogenes.

For their study, Lwaleed and team set out to determine whether Manuka honey has the potential to prevent the development of bacterial biofilms.

The researchers cultured two strains of bacteria on 96 plastic dishes in the laboratory: Escherichia coli and Proteus mirabilis. Both bacteria are key causes of urinary tract infections (UTIs) that can arise with long-term catheter use.

The team diluted Manuka honey with distilled water before applying it to the bacteria, in order to test the effects of five different strengths: 3.3 percent, 6.6 percent, 10 percent, 13.3 percent, and 16.7 percent.

The researchers added the various concentrations of honey to two wells of each “growth” dish, while plain medium honey or artificial half-strength Manuka honey was added to the remaining two wells of each dish.

Each dish was sealed and incubated for 24, 48, and 72 hours, enabling the team to monitor how the honey impacted the development of biofilms.

In a separate experiment, the researchers added the honey to the growth dishes 24 hours after incubation, before incubating them for a further 4 or 24 hours. This was to assess how the honey affected biofilm growth following development.

Diluted Manuka honey reduced bacterial ‘stickiness’ by up to 77 percent

After 48 hours, the team found the lowest concentration of Manuka honey reduced the “stickiness” of E. coli and P. mirabilis bacteria by 35 percent – an indicator of reduced biofilm development – compared with plain medium honey or artificial half-strength Manuka honey.

After 72 hours, the team found the highest dilution of honey – 16. 7 percent – had reduced the stickiness of bacteria by 77 percent, and all other dilutions had reduced stickiness by at least 70 percent by that point.

The higher concentrations had an even stronger effect on biofilm growth after 48 hours, the team reports, but this was not the case with the 3.3 percent and 6.6 percent concentrations.

The researchers caution that their study has only shown how Manuka honey can reduce biofilm development or growth in laboratory conditions, so further studies are warranted to determine how the honey fares against bacteria in real-world settings.

“However, the model used demonstrates a capability of honey to inhibit the formation and early development of biofilms on solid plastic surfaces at concentrations that are not unduly viscous,” they add.

Adding honey to diet is ‘unlikely’ to help fight infection

Talking to Medical News Today, Lwaleed said the results could be beneficial for patients fitted with urinary catheters; according to the Centers for Disease Control and Prevention (CDC), of all hospital-acquired urinary tract infections, 75 percent are related to a urinary catheter.

“Honey may, subject to tolerability studies, be an effective antibacterial and biofilm inhibiting agent in catheter management – probably not prone to the induction of resistant pathogens as are many current antibiotics.”

Asked whether adding Manuka honey to the diet may help fight infection, Lwaleed told MNT that it is unlikely.

“One of the reasons for using it in the bladder is that it is essentially a topical application, almost, if you will, an ‘external’ use comparable to current cutaneous use (impregnated in wound dressings, for example),” he explained. “The bladder wall structure and physiology is geared to preventing passage of substances from the urine into the body or the blood circulation, and the bladder lumen essentially is more or less in direct communication with the environment.”

“The caveat here is that bladder wall integrity may be partially compromised in disease states, so tolerability studies will need to include patients with some degree of bladder irritation or dysfunction,” added Lwaleed.

Learn about the health benefits and risks of honey.

Gut Bacteria And The Brain: We Controlled By The Microbial?