Doctors at the University of California-Los Angeles “jump-started” a 25-year-old coma patient’s brain, spurring a dramatic recovery. This is the first time that ultrasound has been used in such a way, and – if the findings are replicated – it will mark a significant leap forward in the treatment of comas. 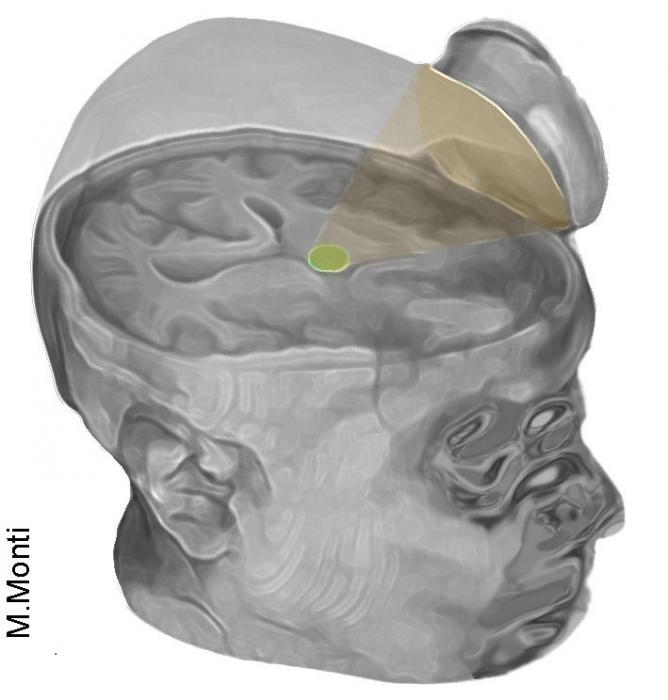 A coma is defined as a state of extended unconsciousness.

The majority of medical care for coma patients focuses on keeping them physically healthy; there is little that can be done to treat the neurological aspects.

In some circumstances, a coma might be treated by deep brain stimulation.

In this procedure, electrodes are implanted in the thalamus – deep within the brain between the cerebral cortex and the midbrain.

Deep brain stimulation is a particularly risky procedure owing to the depth that the electrodes need to be placed. And, although it can be effective in some cases, it is still relatively hit and miss.

The thalamus is targeted in coma patients because it plays a significant role in generating and maintaining our state of arousal, along with sleep and wake cycles.

Martin Monti, associate professor of psychology and neurosurgery, and his team at UCLA recently used a groundbreaking new treatment on a 25-year-old man recovering from a coma. They used ultrasound to directly stimulate the thalamus in a noninvasive procedure.

The results are published this week in the journal Brain Stimulation and mark the first time that this approach has been used to treat a severe brain injury.

The procedure is known as low-intensity focused ultrasound pulsation and was first designed at UCLA by Prof. Alexander Bystritsky, who co-authored the study. Prof. Bystritsky’s company – Brainsonix – also provided the device used by the researchers in this particular intervention.

The ultrasound device is only the size of a coffee cup saucer and produces a small sphere of acoustic energy, less intense than standard Doppler ultrasound scanners. The device can be aimed at specific sections of the brain to excite the tissue. In this instance, the researchers triggered it once a minute for 10 minutes, in 30-second-long pulses.

Because the acoustic energy that is generated by the device is of such a low level, the procedure is very safe.

The effects of ultrasound

Before treatment with the low-intensity focused ultrasound pulsation, the patient showed little sign of being conscious. He could perform only limited, small movements when asked.

The day following treatment, the patient’s responses had improved significantly. By day three, he had regained full language comprehension and consciousness – he could shake his head or nod to say “yes” and “no.” He even managed a fist-bump gesture when saying goodbye to a doctor.

“The changes were remarkable […] It’s almost as if we were jump-starting the neurons back into function.”

Although the results were spectacular, the researchers are quick to add a note of caution. It is possible that the stimulation procedure was carried out as the man began to spontaneously improve. This is not unknown in coma patients and would make the results nothing more than a coincidence.

To this end, researchers at UCLA plan to carry out further trials. Paul Vespa, a professor of neurology and neurosurgery at the David Geffen School of Medicine will begin testing the device on more patients, starting this fall.

If the device is shown to be effective in a group of participants, it will be a cost-effective and safe intervention. In the future, the devices could be fitted into helmets to make treatment even simpler to monitor and perform. Currently, there are no effective treatments for people in vegetative and minimally conscious states. This device offers some much-needed hope.