Hormonal acne is usually known simply as acne. Another term for the skin condition is acne vulgaris.

It is sometimes called hormonal acne because of the way the skin problem develops in response to hormonal changes.

People with acne have pimples – or spots or zits – of varying severity that typically affect the face. Acne is very common and treatable. 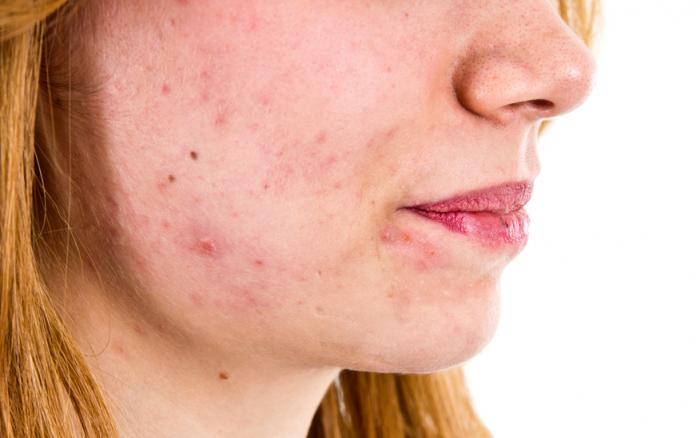 Acne is a condition of the skin. It affects mainly the face and upper trunk and involves the base of hairs.

There is a range of severity to acne. The lesions in the skin formed by acne include comedones, which can be open or closed plugs that form at the base of hairs. Other types of lesion include:

These four types of lesion, of increasing size and severity, form when bacteria become involved with the plugs. The bacteria cause an inflammatory response from the immune system

Acne is the most common skin condition in the United States. The American Academy of Dermatology say that at any one time there may be as many as 50 million people in the U.S. who have acne.

What is hormonal acne?

Hormonal acne is not a term used in medical research or by doctors. It tends to be used on the internet, in glossy magazines, or by people selling natural remedies.

This article assumes hormonal acne simply to mean acne. One reason people may call it hormonal acne is to link it to the fact that it is most common in teenagers going through the hormonal changes of puberty.

What causes pimples to form in acne?

There are four main factors behind the formation of acne lesions. Hormones are one major factor, which may be why some people call it hormonal acne.

The four components of acne involve the units at the base of hairs in the skin:

The role of hormones in acne formation

Acne may be known as hormonal acne because one major causative factor is the hormone testosterone.

Testosterone levels go up in the teenage years as part of puberty. This causes male development in boys and gives muscle and bone strength in girls.

The hormone also has the effect of increasing sebum production at the base of hairs. This is because the glands that secrete the oil are sensitive to testosterone.

Other hormones play a part in acne, too. For women, hormonal changes relating to pregnancy or the menstrual cycle can also trigger acne.

Acne ranges from mild acne, which may not need any help from doctors, to severe acne. Severe acne can form cysts, badly affecting appearance and self-esteem, and causing scars.

All forms of acne may be distressing for the person.

Even mild acne can be distressing due to its appearance and the fact that it often affects young people when they begin developing relationships. Self-esteem can take a knock from the condition. 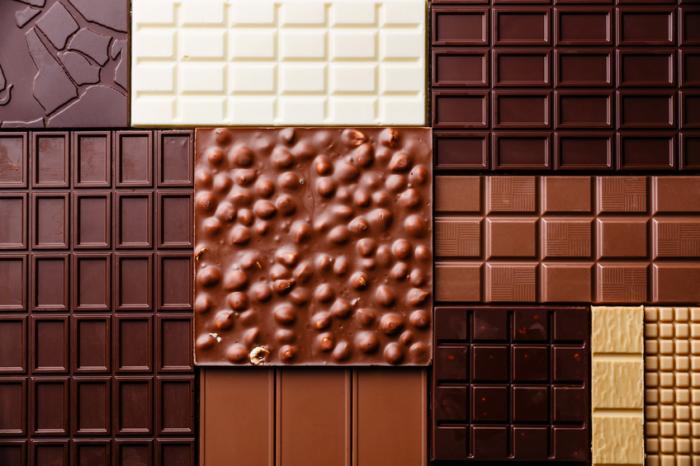 It is a myth that eating chocolate causes acne.

Myths about what causes acne

There are many myths about the causes of acne. There is no evidence that any of the following cause acne:

However, some research has found links to milk products and diets that contain lots of foods such as carbohydrates, and sugary drinks, that increase blood sugar levels.

Acne is treated according to severity. Mild acne can be treated with over-the-counter products as well as with medicines offered by doctors.

There is no quick-fix treatment for acne. All treatments take weeks to show effect.

Mild acne treatments available without prescription include antibacterial skin cleansers. There is no evidence that acne is caused by poor hygiene, however.

Benzoyl peroxide is a topical drug available over-the-counter that may help. Other non-prescription drugs are available but with less evidence for good effect.

Over-washing is not good for acne. Too much washing and scrubbing can remove oil from the skin and irritate it more. The skin can respond by producing more oil and so worsening the acne.

Natural or complementary treatments for acne

Herbal medicines are examples of complementary and alternative treatments for acne. These are usually harmless, but there is a lack of evidence to support whether or not they are effective.

Practical tips for people with acne

Self-care advice for acne may help with the problem, and will avoid making it worse:

Treatment for moderate and severe acne

Doctors can help people whose acne involves more severe pimples that may lead to scarring.

Moderate acne may be treated with antibiotics. Examples are:

Antibiotics for acne typically need to be continued for 3 months for full results. 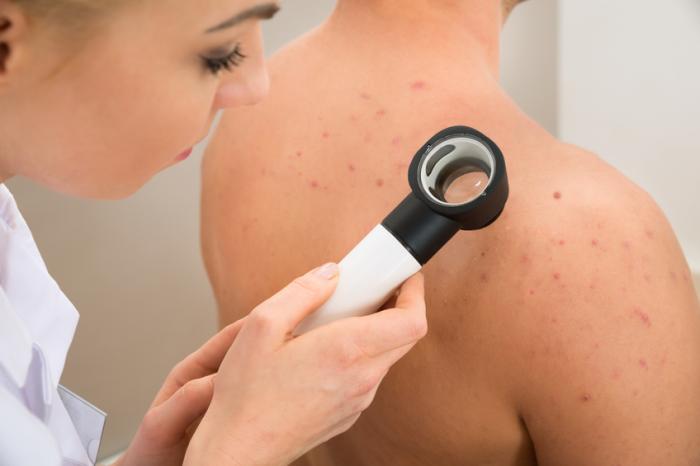 Prescription treatment is available for people with severe acne.

Women with moderate acne who do not respond to antibiotics may try anti-androgen hormone therapy and the contraceptive pill.

Anyone with severe acne may benefit from a drug called isotretinoin. This is a tablet treatment that needs to be taken for 16 to 20 weeks. It is very effective against severe acne. It does, however, have side effects, and its use has to be monitored.

Isotretinoin is dangerous to unborn babies, so women must be pregnancy-tested and use reliable contraceptives before getting the prescription. Sexually active women of childbearing age must use two forms of contraception before, during, and after treatment with isotretinoin.

The most severe form of acne is cystic acne, which may be treated with a corticosteroid injection called triamcinolone. This injection into the lesion aims to reduce scarring caused by the inflammation.

A doctor who specializes in skin conditions called a dermatologist needs to be seen for severe acne.

Anyone who has a lot of acne, or has more severe lesions will need prescription treatment and may benefit from the specialist advice of a dermatologist.

People with severe acne who need to be treated with the drug isotretinoin must be referred to a dermatologist who is registered with the FDA monitoring program for the drug.

Acne is most common in teenagers going through the hormonal changes of puberty.

Some women can also be prone to acne in their adult life. Dr. Bethanee Jean Schlosser, an assistant professor of dermatology and a director of women’s skin health, presented information to the American Academy of Dermatology’s annual meeting in 2012. She reported that adult women were more likely than adult men to get acne.

Some women can have changes caused by androgen hormones. Those who have excess hair, a deeper voice, or irregular menstrual periods may need testing for hormonal problems.

Treatment for acne in adult women is the same as for other people. Further options include hormone therapy.

Dr. Schlosser says that the contraceptive pill can help to clear acne in women. One of the various combination oral contraceptives can be used alone, or added to an anti-androgen medication, Dr. Schlosser adds.

Clues To Why Men Are Better Than Women To Sleep