If you are going to have a blood pressure test within the next 2 days, you might want to keep off the coffee. Research published in the American Journal of Hypertension has found that patients who drink the occasional cup could be reducing the effect of medication for lowering blood pressure. 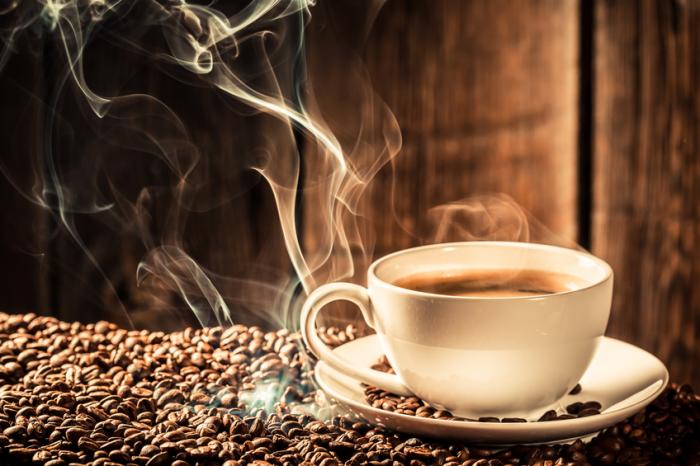 Drinking coffee before a blood pressure test can affect the results.

Coffee is popular around the world. In the United States, over 50 percent of people drink coffee, jointly spending some $40 billion a year on the beverage.

However, people who consume coffee and caffeine regularly are not thought to face such a risk, because they develop a tolerance. This suggests that the intervals at which people drink coffee are of some significance.

However, for occasional rather than regular consumers, it might be a different story.

How does coffee affect a blood pressure test?

A team from Western University and Lawson Health Research Institute in London, Ontario, in Canada, came up with some surprising results when they measured the effect of occasional coffee consumption on blood pressure, and especially how coffee consumption impacts the action of calcium channel blockers.

Led by Dr. David Bailey, a Lawson Scientist and researcher at Western’s Schulich School of Medicine and Dentistry, the team wanted to find out what would happen to the blood pressure if a person abstained from caffeine long enough to eliminate the caffeine from the blood.

They expected to see a higher blood pressure the next time a person drank coffee, because eliminating caffeine and then consuming it again could cancel out the pressure-lowering effects of felodipine.

To test their theory, they invited 13 people with an average age of 52 with normal blood pressure to participate in an experiment.

They carried out three tests on the subjects, separated in time by 1 week. Before each test, the people consumed no coffee, caffeine-containing products, or other items such as alcohol, grapefruit, marmalade, tobacco, and medications for 48 hours.

At intervals of a week, the participants then took the following, and then they had their blood pressure taken:

Results showed that, after the participants avoided coffee for only 2 days, enough caffeine was eliminated from the body so that the next time they drank coffee, their blood pressure rose.

After just one cup of coffee, the participants in the coffee-only group experienced the greatest increase in blood pressure. The blood pressure rose within an hour after drinking the coffee, and it lasted for several hours.

Combining coffee with felodipine led to higher levels of blood pressure than taking only felodipine. This could be because the caffeine blocks the positive effect of the drug on the blood vessels, the researchers say.

They note that a morning cup of coffee could affect the diagnosis and treatment of hypertension, or high blood pressure.

“Even one cup of coffee containing a relatively low amount of caffeine remarkably compromised the anti-hypertensive effect of this drug at the maximum recommended dose. If you wanted to overcome the effect of the coffee, you had to double the dose of this anti-hypertensive drug which could increase the risk of unwanted excessive drug effects, particularly during the period when coffee is not consumed.”

Dr. Bailey is concerned that if a patient drinks coffee just before visiting their doctor, it could complicate diagnosis and treatment. The acute increase in blood pressure could lead to over-prescription of antihypertensive drugs.

Dr. Bailey notes that national and international guidelines regarding high blood pressure do not take into account the impact of coffee, probably because of a lack of evidence.

He hopes that further studies will provide more data, and that occasional coffee drinkers will become more aware of the risks they face.

Find out more about how adolescents are drinking too much coffee.

Diet And Microflora: Two Of The Most Important Determinant Of Your Health