Eating a high-fat diet during pregnancy could alter the population of gut microbiota in offspring, which may have negative implications for nutrition and development. This is the conclusion of a new study published in the journal Genome Medicine. 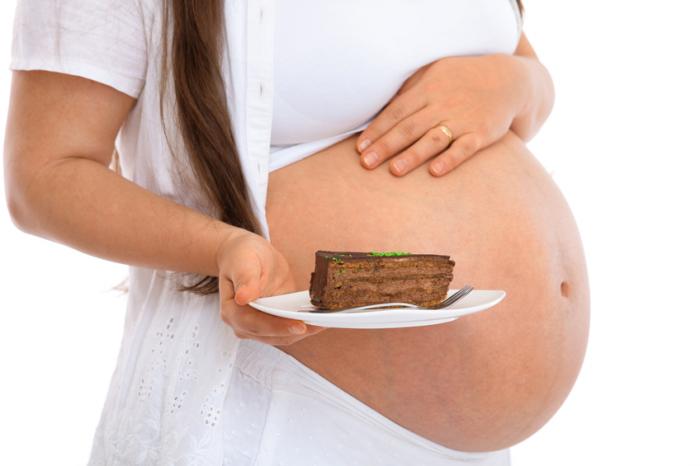 Women who eat a high-fat diet in pregnancy may be putting their offspring’s health and development at risk, say researchers.

It is well established that what women eat and drink during pregnancy can influence the health and development of their child.

For example, it is recommended that expectant mothers consume 0.4 milligrams of folic acid every day in order to help prevent certain birth defects, and current advice says a healthy, balanced diet is best for both mother and baby.

But according to study co-author Dr. Kjersti Aagaard, of Baylor College of Medicine in Houston, TX, and colleagues, their new research suggests there should be increased focus on women’s fat intake during pregnancy.

The researchers came to their findings after analyzing the stool samples of 157 newborn babies, which were taken 24-48 hours after they were delivered. The stool samples of 75 of these babies were analyzed again at 4-6 weeks of age.

Using DNA sequencing, the researchers assessed the composition of bacteria in the stool samples – an indicator of the microbe population within the gut.

Additionally, the team assessed the dietary habits of the children’s mothers during pregnancy. These were determined through completion of the Dietary Screener Questionnaire – a 26-point survey that asks how often certain foods and drinks have been consumed in the past month.

Using the women’s responses, the researchers estimated their daily intake of calories from added sugar, fat, and fiber in the month prior to giving birth.

A ‘sound argument’ to discuss, estimate fat intake in pregnancy

Compared with the newborns of expectant mothers whose daily fat intake was lower in the month prior to giving birth, those whose mothers had a higher daily fat intake had reduced levels of Bacteroides in their guts shortly after birth and at 4-6 weeks of age.

The researchers explain that Bacteroides help break down and withdraw energy from specific carbohydrates, so a reduction in levels of these bacteria means such carbohydrates could become unusable. This, they say, could lead to poor energy removal from food and poor immune development.

The team says the results suggest more attention should be paid to the fat intake of expectant mothers and what implications this might have for their child. “We speculate that there may be a sound argument to also discuss and estimate fat intake,” notes Dr. Aagaard.

What is more, the study provides further evidence of how maternal diet can affect the gut microbiome of offspring.

“These findings open up whole new lines of research, and emphasize the importance of including maternal diet questionnaires and data when studying early changes in the microbiome.

However, further studies are needed to demonstrate if changes in women’s diets have a beneficial impact on their infants in the immediate and longer term.”

Learn how solid foods shape a child’s gut bacteria by the age of 9 months.