Usually, antiretroviral drugs control HIV levels in infected people and prevent them developing full-blown AIDS. However, in some cases the virus can stay hidden, only to flare up years later when patients stop their treatment. Now, scientists have discovered a powerful way to wake up dormant HIV and locate the rare cells that hide it. 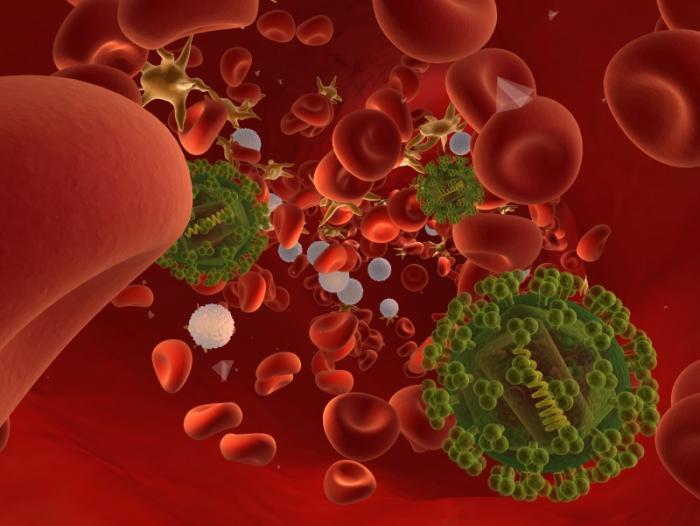 In some cases, even when HIV-infected patients have the active virus under control with antiretroviral therapy, the virus can stay dormant in rare reservoir cells and resurface when the therapy stops.

Viruses cause disease by entering host cells and taking over their cell machinery to make copies of themselves.

HIV targets immune system cells and weakens people’s immunity to infections and ability to fight some types of cancer.

According to the World Health Organization (WHO), there are approximately 37 million people worldwide living with HIV, and around 2 million were newly infected in 2015.

If not treated, HIV infection progresses to the most advanced stage – Acquired Immunodeficiency Syndrome (AIDS). This can take 2-15 years, depending on the individual.

There is no cure for HIV infection. However, effective antiretroviral (ART) therapy can control the virus and help prevent transmission.

HIV reservoirs are cells and tissues where HIV persists, despite ART. The virus mostly lives and copies itself in CD4+ T lymphocytes, a type of white blood cell.

While ART is generally successful at controlling the viral load in people with HIV and stopping them progressing to AIDS, in some cases HIV stays dormant for years and wakes up when patients stop their therapy.

In the journal Cell Host & Microbe, researchers from Canada and the United States report how they discovered a way to reactivate dormant HIV and find the very rare cells that are hiding it.

Senior author Dr. Daniel Kaufmann, associate clinical professor in the department of medicine, says that in order to develop treatments that target residual infected cells, you have to find precisely where they are in CD4+ T lymphocyte populations, which are highly variable. He explains:

“Our research has uncovered these HIV hiding places. We were able to identify and quantify the cells containing hidden virus and then test drugs to wake up HIV.”

With his team, Dr. Kaufmann, who is also a researcher and infectious disease specialist at the University of Montreal Hospital Centre (CHUM), developed an innovative way to find the residual infected cells.

Their method can be likened to “taking a photograph” of each individual cell harboring dormant HIV. This represents a significant breakthrough, as it is about 1,000 times more accurate than current technologies.

The team analyzed blood from 30 patients with HIV, sampled before and after they started on ART. They were able to detect the virus in CD4+ T lymphocytes in almost all of them.

The idea is that once you find where dormant HIV is hiding, then you find drugs to wake it up and make it visible so the immune system or ART can kill it.

In the next phase of the study, they tested two drugs to wake up the dormant virus – so-called latency reversal drugs. The drugs, bryostatin and a derivative of ingenol, were developed to fight cancer but may also be used to fight HIV.

The researchers discovered that the two drugs woke up two different populations of CD4+ T lymphocytes. They note in particular that the ingenol derivative activated a population called central memory cells, which can live for years in patients.

Dr. Kaufmann says while their studies were done in the lab, “a clinical trial would involve using such drugs to wake up the virus while the patient continues taking ART to ensure that the reactivated virus cannot infect other cells.”

At first the team assumed HIV hid in similar places in different patients. However, they found this not to be the case – it varied a lot from patient to patient. Dr. Kaufmann explains:

“We may have to adjust the treatment for individual patients, depending on the specific HIV hiding places in each case. To minimize the virus pools, we will have to assess patients and tailor the ‘shock and kill’ therapies to their profiles.”

The team’s next step is to evaluate the effectiveness of new drugs to wake up similar virus reservoirs in monkeys. If the drugs are well tolerated, then clinical trials in humans can go ahead in a few years.

“We can wake up the virus and then find the rare cells that have been hiding it at very low numbers, a limit of one cell in a million. This is an unprecedented level of accuracy, which opens the door to individualized monitoring of HIV-positive patients and could facilitate the development of personalized treatments.”

Work Under The Age Of 40 Negative Health Effects