Many people strive to have a fulfilling, rewarding job, but the reality does not always meet the expectation. New research shows the jobs you have in your 20s and 30s can affect your overall health in your 40s onward. 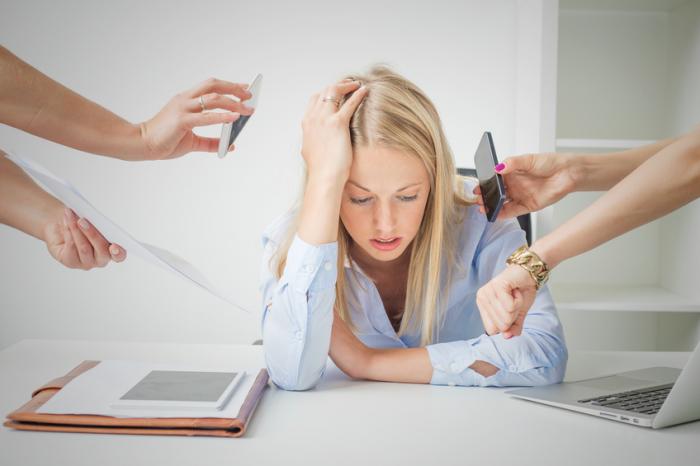 People who were unhappy with their work early in their careers were more depressed, worried, and had more trouble sleeping.

According to a 2014 report, most Americans – around 52 percent – were unhappy with their job. Few would suspect, however, that this would have substantial health implications for later in their lives.

A new study conducted at the Ohio State University, by Jonathan Dirlam, a doctoral student in sociology, was set up to investigate the long-term health effects of job satisfaction, or lack of it, earlier in people’s careers.

Together with Hui Zheng, an associate professor of sociology at Ohio State, Dirlam used data from surveys of 6,432 Americans to analyze job satisfaction over a number of years from 1979 onward. The survey was the National Longitudinal Survey of Youth 1979 (NLSY1979), and the participants were between 14-22 years when the research began.

All participants reported a number of health issues after they reached the age of 40. The researchers used the consistently high job satisfaction group as a control. Their health problems were compared with the other groups.

Those in the group who started with high job satisfaction, but had a downward trend, were more likely than the consistently satisfied group to report trouble sleeping and excessive worry and had lower mental health scores. However, they did not fair worse on depression or emotional problems.

The group that started with low job satisfaction early on, but trended upward, did not see any extra health problems compared with the control group.

In the cases where people had low job satisfaction, their mental health was more affected than their physical health, although individuals in the low satisfaction and trending downward group did report worse overall health, increased back problems and colds. There was, however, no effect on doctor-diagnosed problems such as cancer.

“The higher levels of mental health problems for those with low job satisfaction may be a precursor to future physical problems. Increased anxiety and depression could lead to cardiovascular or other health problems that won’t show up until they are older.”

The direction of the trend in job satisfaction – better or worse – has an influence on health later in life. However, those individuals who were initially low, but got better over the course of their early career, did not experience the health problems associated with consistently low or declining job satisfaction.

No ill effects were observed in mental and physical health for those participants with upward trending job satisfaction.

“We found that there is a cumulative effect of job satisfaction on health that appears as early as your 40s,” says Dirlam, lead author of the study.

Zheng added that a person does not have to be at the end of their career to see the health impacts of job satisfaction on mental health. Also to be noted is that the study participants were examined while in their 40s.

The study ended before the Great Recession. “The recession almost certainly increased job insecurity and dissatisfaction, and that could have resulted in more negative health effects,” Dirlam concludes.

Read how unemployed smokers are less likely to get a new job, compared with unemployed nonsmokers.