Fascinating research, published in the journal NeuroImage, finds distinct changes in sensory and motor pathways in the brains of dancers and musicians. However, the changes in white matter are at opposite ends of the spectrum. 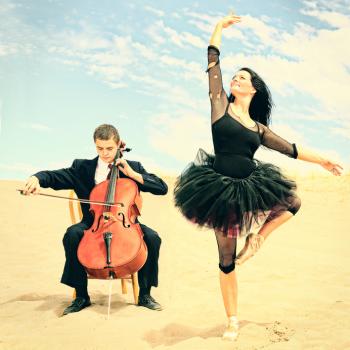 Music and dance go hand in hand, but neurological differences are stark.

In the majority of earth’s most ancient cultures, dancing and music is wonderfully prevalent.

This ubiquitous desire to make music and move along to it has been carried through into modern culture.

Although some children may dread their trumpet tutorial and others would rather play their Xbox than attend ballet lessons, a new study shows that our parents were right all along.

The recent findings demonstrate that music and dance can make significant neurological changes.

Researchers from the International Laboratory for Brain, Music, and Sound Research in Montreal, Canada, recently set out to understand what changes within the brain music and dance might produce, and how they compare with each other.

Earlier studies have shown that music training from a young age can make changes to pathways within the brain.

A review published in 2014 concluded that the clearest changes that musical training makes in the brain are to the connections that run between the two hemispheres (the corpus callosum). However, to date, the brains of dancers have received much less scientific attention.

Using an advanced imaging technique called diffusion tensor imaging, the team of investigators looked in detail at the white matter structure of dancers, musicians, and individuals with training in neither.

The differences between dancers and musicians were more marked than perhaps might be expected.

“We found that dancers and musicians differed in many white matter regions, including sensory and motor pathways, both at the primary and higher cognitive levels of processing.”

The pathways that were most affected were bundles of fibers that link the sensory and motor regions of the brain and the fibers of the corpus callosum that run between the hemispheres. In the dancers, these sets of connections were broader (more diffuse); in musicians, these same connections were stronger, but less diffuse, and showed more coherent fiber bundles.

According to Giacosa: “This suggests that dance and music training affect the brain in opposite directions, increasing global connectivity and crossing of fibers in dance training, and strengthening specific pathways in music training.”

Why the white matter differences?

The differences observed may be because dancers train their whole body, which has a “broader representation in the neural cortex,” encouraging fibers to cross over and increase in size; whereas musicians tend to focus their training on specific body parts such as the fingers or mouth, which will have smaller cortical representations in the brain.

Another interesting result was that dancers and musicians differed more from each other than when compared with the group of untrained control subjects. This could be for a number of reasons, as Giacosa explains: “[…] our samples of dancers and musicians were specifically selected to be pure groups of experts, which makes it easier to differentiate between them.” On the other hand, the control group was a more diverse group with a range of interests and life experiences.

These results are not just interesting, they could have ramifications for education and rehabilitation. According to senior author Prof. Virginia Penhune:

“Understanding how dance and music training differently affect brain networks will allow us to selectively use them to enhance their functioning or compensate for difficulties and diseases that involve those specific brain networks.”

Read how singing appears to improve Parkinson’s symptoms and quality of life.