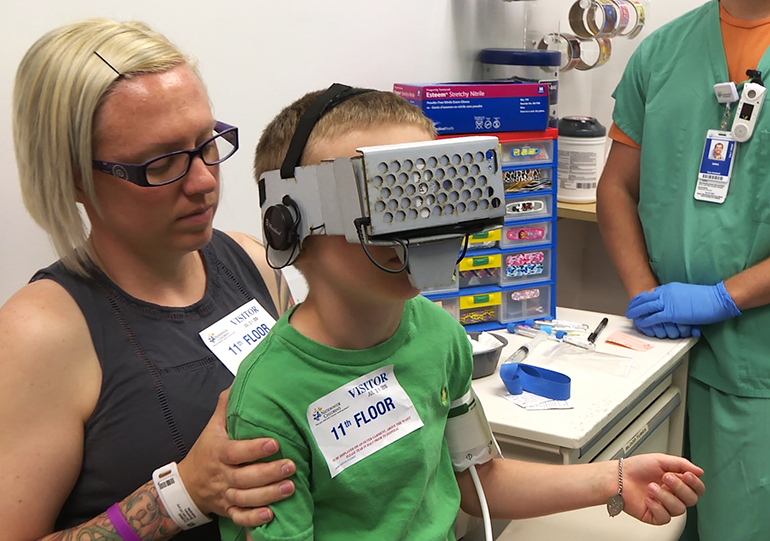 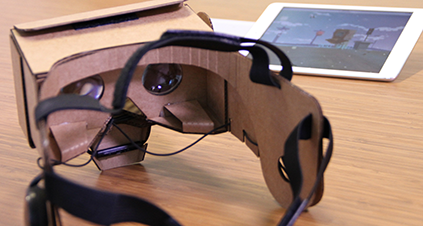 At Nationwide Children’s Hospital in Columbus, Ohio children with hemophilia that have to undergo regular procedures involving needles, such as infusions, now have something better to look forward to. The hospital is now offered a virtual reality headset that runs a game specially designed to take kids’ attention away from scary and painful medical procedures. The game, called Voxel Bay, was developed at the hospital to get kids’ attention as far away as possible from what’s really going on. There are penguins and pirates to deal with, matters more important for a five-year-old. The game is controlled by moving one’s head, eyes, and even with deep breaths.

While VR games are in abundance already, this platform was designed so the person working with the child can also see what’s going on within the virtual world. By glancing at a nearby tablet, the clinician can talk with the child about what’s going on in the game instead of what she’s really up to. The headsets use a smartphone as the display and are made of cardboard so they can be disposed of to prevent any germs from jumping from child to child.

This is right now part of a study to evaluate the benefits of Voxel Bay and virtual reality distraction in general. Having a bit of experience with children, we’re pretty sure that the results of the findings will be stellar.

Here’s a video from Nationwide Children’s about the new pilot study:

People Are Most Concerned About The Safety Of Vaccines In Europe, Global Research