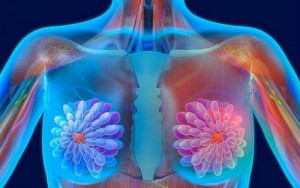 What is triple negative breast cancer?

Triple negative breast cancer is considered to be the type of breast cancer in the most dangerous, with strong invasion, is characterized by high degree of malignancy, and visceral metastasis and local recurrence rate, its main site of distant metastasis to bone, lung, liver , brain; at the same time, triple negative breast tumors larger, high histological grade, pathological type usually invasive ductal carcinoma, the patient’s survival time is often shorter.

Human epidermal growth factor is a piece of a strong promotion of various epidermal tissue cell growth gene, Her-2-positive means that overexpression of this gene, prone to excessive proliferation of a variety of skin tissue, becoming tumors. Although Her-2 positive breast cancer have invasive strong, more likely to relapse and metastasis, short disease-free survival characteristics, but there is now excellent treatment target drug “Herceptin”, earlier treatment , the greater the benefit.

Triple negative breast cancer really can not do anything right?

I remember Mr. Feng Jicai wrote this sentence:. “Wind can blow a large sheet of white paper, but not blown away by a butterfly, the life force that disobedience” True to his word, domestic and foreign scientists and numerous tumors of cancer patients, also convinced that the true meaning of life is not compromised. To combat triple negative breast cancer, more and more scientists began to seek a breakthrough from the genetic level, depth molecular characterization of the biological triple negative breast cancer, may find new therapeutic targets, to improve treatment and improve the prognosis may have important clinical significance.

April 6, 2015 study published in the “Journal of Clinical Oncology” in an attempt to identify those with metastatic triple negative breast cancer are expected to benefit in the platinum-based adjuvant chemotherapy (mTNBC) patients. This study selected patients mTNBC, let every 3 weeks to accept a first- or second-line cisplatin or carboplatin, including BRCA1 / 2 mutation carriers. A total of 86 patients received cisplatin (n = 43) or carboplatin (n = 43) treatment, the experimental results showed that germline BRCA1 / 2 mutation carriers (n = 11), showed higher pathologic complete response.

Such experimental results indicate that platinum drugs for mTNBC patients, especially the presence of germ cells BRCA1 / 2 mutation patients can prolong disease-free survival time and improve quality of life. This means that the BRCA gene testing is necessary for patients with TNBC, if identified as BRCA positive TNBC, patients can get a clear medication guide for the first time, do not become a “accompany treatment,” the victim, so not only can significantly reduce the chemotherapy drugs harm the body, but also can reduce the patient’s psychological pressure, increased disease-free survival time and improve the quality of life of patients, but also will significantly reduce the financial burden of patients.

BRCA genetic testing not only for the treatment of TNBC patients have a clear guiding value for the family members of patients with more aggressive prevention guidance value. Because breast cancer has obvious hereditary, BRCA1 / 2 gene deleterious mutations can be inherited from either the father or the mother, genetic carriers of deleterious mutations to their children probability is 50%. Therefore, if the family members of patients with breast cancer through genetic testing found himself carrying BRCA1 / 2 gene mutations harmful, they can be differentiated themselves from the general population, to take early targeted preventive measures to effectively control and reduce their risk of breast cancer.

Perhaps, in the not too distant future, BRCA genetic testing will and ER, PR, Her-2, as was listed as necessary for detecting breast cancer diagnosed before the index!