We are in the height of holiday season, when chocolate, cakes, and calorie-laden foods are in abundance. But after the feast has commenced, you may want to think twice before going on a low-calorie diet. According to new research, the brain interprets repeated dieting as short famines, prompting the body to store more fat for future food shortages – resulting in weight gain. 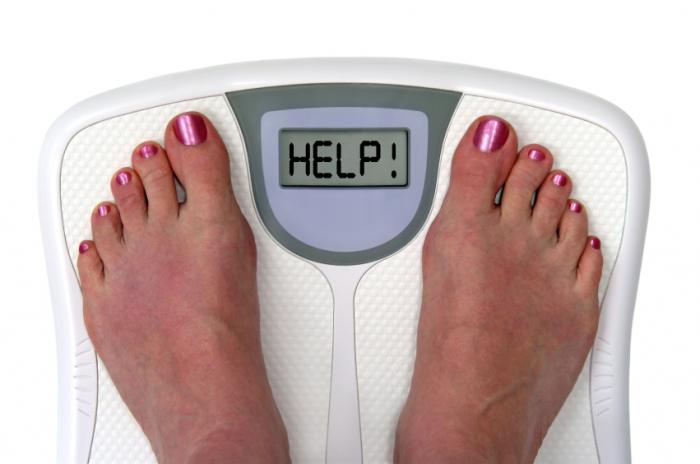 Yo-yo dieting may trick the brain into thinking it is in the midst of famine, prompting the body to store fat and, ultimately, gain weight.

The study, published in the journal Evolution, Medicine and Public Health, was led by Prof. Andrew Higginson, from the University of Exeter, and Prof. John McNamara, of the University of Bristol, both in the United Kingdom.

Keeping weight in check is a health benefit; compared with people of a healthy weight, people who are obese are at increased risk for many diseases.

For instance, the risk of high blood pressure, type 2 diabetes, coronary heart disease, and stroke are all higher in the obese population.

More than one-third of adults in the United States are obese, so keeping weight at a healthy level is a major priority from a public health perspective.

Although shedding holiday pounds may be a popular focus for many of us in January, the Centers for Disease Control and Prevention (CDC), say that people who lose weight gradually – about 1-2 pounds per week – are more successful at keeping the weight off.

‘Weight gain for dieters greater than for non-dieters’

For the latest study on yo-yo dieting, the researchers utilized a mathematical model of animals – such as birds – that knows when food is in abundance or is scarce but does not know when the situation will change.

The researchers note that animals respond to food shortages by storing energy and gaining weight.

Their model demonstrates that when food is in short supply – much like during a phase of dieting – an efficient animal will gain excess weight between periods of food shortage.

“Surprisingly,” says Prof. Higginson, “our model predicts that the average weight gain for dieters will actually be greater than those who never diet. This happens because non-dieters learn that the food supply is reliable so there is less need for the insurance of fat stores.”

Prof. McNamara adds that their model “shows that weight gain does not mean people’s physiology is malfunctioning or that they are being overwhelmed by unnaturally sweet tastes.”

It could be that their brain is working normally, “but uncertainty about the food supply triggers the evolved response to gain weight,” he adds.

‘Best thing for weight loss is to take it steady’

The researchers say their model shows that the desire to eat increases as a diet continues, and this desire will not go away as weight is gained. This is because the brain thinks that further famines are likely.

The model may explain why many people get into a cycle of weight gain in the wake of increasingly restrictive diets; it only serves to communicate to the brain that it must store fat.

For those of us who over-indulge during the holiday season, however, what is the best way to lose weight?

“The best thing for weight loss is to take it steady. Our work suggests that eating only slightly less than you should, all the time, and doing physical exercise is much more likely to help you reach a healthy weight than going on low-calorie diets.”

The CDC offer some good advice for healthy weight loss. Because 1 pound equals 3,500 calories, they recommend reducing caloric intake by 500-1,000 calories per day to lose 1-2 pounds per week.

Once a healthy weight is achieved, the CDC say to rely on healthful eating and physical activity most days of the week to keep the weight off over the long term.

Even a modest weight loss will confer health benefits, such as improvements in blood pressure, blood cholesterol, and blood sugars, the organization adds.

Read how yo-yo dieting may be caused by altered gut microbes.

The Pessimists Are More Likely To Die Of Heart Disease