Diabetes currently affects 29 million Americans. For decades, researchers have been trying to replace the insulin cells of the pancreas that are destroyed by the disease. Groundbreaking research may have found a way to genetically transform alpha cells into insulin-producing beta cells. 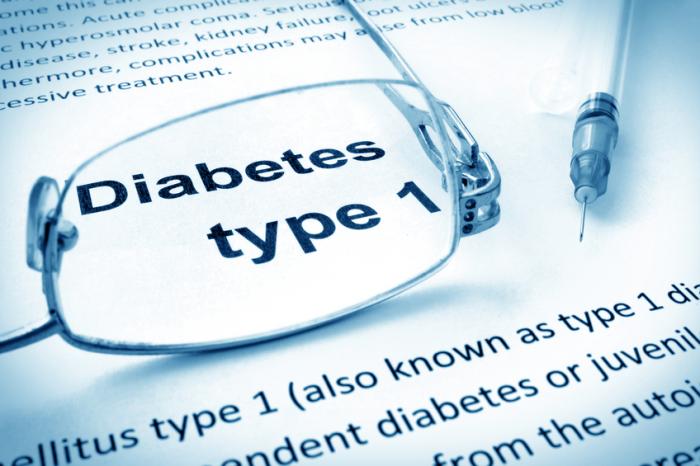 Researchers may have found a way to replace beta cells commonly lost in type 1 diabetes.

Diabetes ranks as the seventh leading cause of death in the United States, according to the Centers for Disease Control and Prevention (CDC).

The CDC report that 29 million Americans currently live with the disease, and another 86 million have prediabetes.

Type 1 diabetes is characterized by the inability of the pancreas to produce insulin. More specifically, the body’s own immune system stops recognizing the beta cells normally responsible for producing insulin. Instead, it attacks and destroys them.

Without insulin – which normally “tells” the body to start reducing the levels of glucose – the blood sugar cannot enter the cells, where it is normally transformed into energy. As a result, glucose gets stuck in the bloodstream, leading to diabetes.

For decades, scientists have been trying to find a way to replace these beta cells – sometimes referred to as islet cells because they are located in an endocrine area of the pancreas known as the islets of Langerhans.

Researchers have attempted to replace destroyed beta cells with new ones using stem cells and adult cells. Although the results have looked encouraging, they have yet to succeed.

Now, researchers from the CeMM Research Center for Molecular Medicine in Austria seem to have found the missing link, giving hope of a cure for type 1 diabetes.

The role of alpha and beta cells

A team of researchers – led by Stefan Kubicek, group leader at CeMM – examined the role of a variety of approved drugs on alpha and beta cell transformation. Their findings were published in the journal Cell.

In addition to beta cells, alpha cells and three other types of cells form the islets of Langerhans in the pancreas, where they are responsible for regulating blood sugar levels.

While beta cells help signal a reduction in blood sugar, alpha cells do the opposite, by producing glucagon. However, alpha cells are flexible: they can transform into beta cells.

In cases of extreme beta cell depletion, alpha cells have been shown to turn into insulin-producing beta cells, with the help of an epigenetic regulator known as Arx.

Endocrine cells need regulators to keep their identity. For instance, recent studies have shown that after the endocrine cells have differentiated, in order for beta cells to maintain their identity, the alpha cell epigenetic regulator Arx needs to be actively repressed.

“Arx regulates many genes that are crucial for the functionality of an alpha cell,” says Kubicek. “Preceding work of our collaborator, Patrick Collombat’s team showed that a genetic knockout of Arx leads to a transformation of alpha cells into beta cells.”

So, at this point, researchers knew that they needed Arx to transform the cells, but they did not know whether there were other factors in the human organism that influenced the process.

To investigate this, Kubicek and team designed alpha and beta cell lines and isolated them from their environment. They analyzed the cells and demonstrated that a deprivation of Arx is enough to give a cell its alpha identity, and no other factors from the human body are required.

Now, scientists were able to test the effects of a wide range of approved drugs on cultured alpha cells using a specially designed, fully automated assay.

Researchers found that artemisinins – a group of drugs commonly used to treat malaria – had the same effect as a loss in Arx.

“With our study, we could show that artemisinins change the epigenetic program of glucagon-producing alpha cells and induce profound alterations of their biochemical function,” explains Kubicek.

The way this happens is through the activation of GABA receptors.

The effect of GABA in rodents and humans

GABA is a major neurotransmitter produced by islet beta cells. It works as a transmitter within the islet cells, where it regulates the secretion and function of the islet.

Artemisinins reshape alpha cells by binding to a protein called gephyrin. This protein activates the GABA receptors, which are like central switches of the cellular signaling. At the end of a longer chain of biochemical reactions, GABA triggers the production of insulin.

Kubicek’s study confirms previous mouse studies that have shown GABA to help transform alpha cells into beta cells. One of these studies is led by Patrick Collombat and is published in the same issue of Cell.

The beneficial effects of artemisinins were shown not only in isolated cell line experiments, but also in model organisms. Kubicek and team showed that the malaria drug increased beta cell mass and improved homeostasis in zebrafish, mice, and rats.

It is very likely that the same effect will happen in humans, say the authors, because the molecular targets for artemisinins in fish, rodents, and humans are very similar.

“Obviously, the long-term effect of artemisinins needs to be tested. Especially the regenerative capacity of human alpha cells is yet unknown. Furthermore, the new beta cells must be protected from the immune system. But we are confident that the discovery of artemisinins and their mode of action can form the foundation for a completely new therapy of type 1 diabetes.”

Read about how diabetes and obesity could be prevented with a novel protein.