“ Expect the worst and you’ll never be disappointed.” This is the motto some of us live by. But for patients with heart disease, this pessimistic view of life may ultimately raise their risk of death. 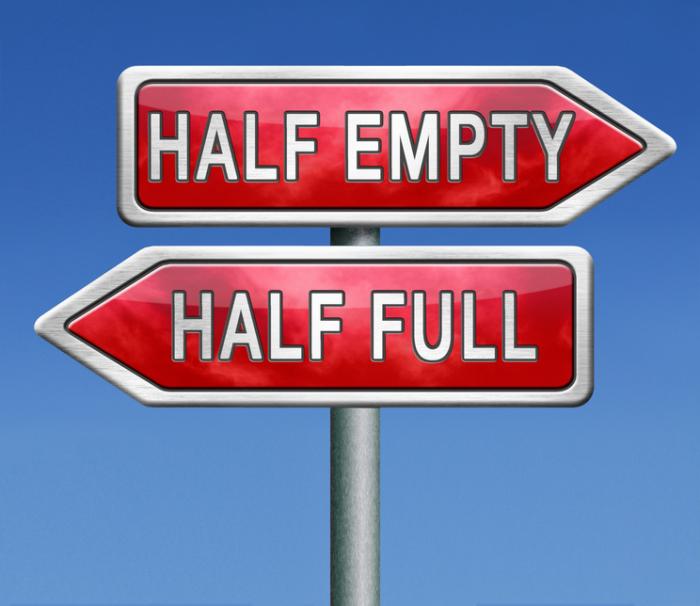 Researchers find that patients with CHD who have a ‘glass-half-empty’ attitude may be more likely to die from their condition.

In a new study published in the journal BMC Public Health, researchers found that patients with coronary heart disease (CHD) who were more pessimistic were more likely to die from their condition than those with lower levels of pessimism.

Interestingly, however, the research team – led by Dr. Mikko Pänkäläinen of Päijät-Häme Central Hospital in Finland – found that high levels of optimism did not protect patients against CHD mortality.

CHD – also known as coronary artery disease (CAD) – is the most common form of heart disease in the United States, responsible for more than 370,000 deaths every year.

CHD occurs when plaque gradually builds up in the walls of the coronary arteries, which supply oxygen-rich blood to the heart and other areas of the body. Over time, the heart muscle can weaken, causing arrhythmia – irregular heartbeat – and heart failure.

Previous studies have suggested pessimism – defined as a tendency to anticipate undesirable outcomes – can have negative implications for heart health compared with optimism.

Dr. Pänkäläinen and colleagues decided to explore this association further by looking at how pessimism and optimism independently affect mortality for patients with CHD.

“High levels of pessimism have previously been linked to factors that affect cardiac health, such as inflammation, but data on the connection between risk of death from CHD and optimism and pessimism as personality traits are relatively scarce,” Dr. Pänkäläinen notes.

For their research, the team analyzed data of 2,267 men and women from Finland who were part of the country’s Good Ageing in Lahti region (GOAL) study.

Participants were aged between 52-76 years at study baseline in 2002 and were followed-up for an average of 11 years.

Upon enrollment, subjects completed the Life Orientation Test (LOT-R), which assesses levels of pessimism and optimism through a number of statements, such as, “In uncertain times, I usually expect the best,” and, “If something can go wrong for me, it will.”

Participants were required to rate how well each statement described them on a scale of zero to four, with zero representing “not at all” and four representing “very much so.”

During follow-up, 121 participants died from CHD, the team reports, and these subjects were more likely to be highly pessimistic at study baseline.

Compared with subjects in the lowest quartile of pessimism, those in the highest quartile were 2.2 times more likely to die from CHD during the 11-year follow-up.

However, the researchers found that optimism did not protect against CHD death. There were no differences between low and high optimists with regard to CHD mortality during follow-up.

While these findings are purely observational and cannot prove cause and effect, Dr. Pänkäläinen and team say the results indicate pessimism may be an indicator of CHD mortality.

“Levels of pessimism can be measured quite easily, and pessimism might be a very useful tool together with other known risk factors such as diabetes, hypertension, or smoking to determine the risk of CHD-induced mortality.”

Read how yo-yo dieting may increase the risk of death from heart disease.