New research reveals how a 4-month transcendental meditation program led to a significant reduction in stress and trauma symptoms among male inmates, suggesting the technique may be an effective treatment for prisoners, veterans, and other individuals at high risk of post-traumatic stress. 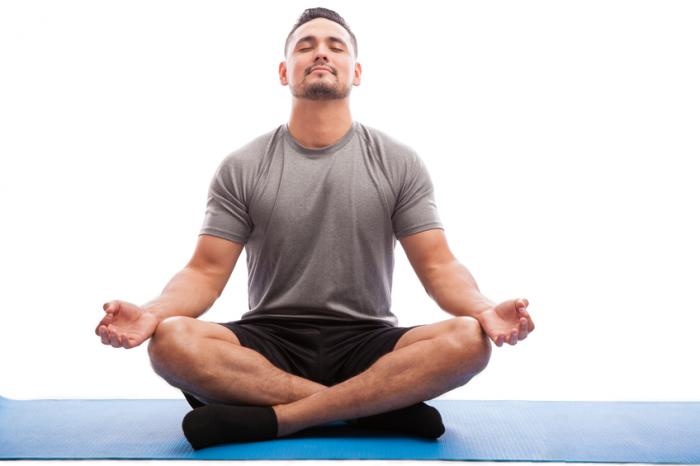 Lead author Dr. Randi Nidich, director of the Center for Social and Emotional Health at the Maharishi University of Management in Fairfield, IA, and team publish their findings in The Permanente Journal.

According to the United States Department of Veterans Affairs, around 6 in 10 men and 5 in 10 women in the U.S. will experience trauma at some point in their lives, defined as witnessing or experiencing a shocking, scary, or dangerous event.

For some people, such events may lead to post-traumatic stress disorder (PTSD). Symptoms include flashbacks of the traumatic event, nightmares, severe anxiety, stress, depression, and social avoidance.

It is estimated that around 7-8 percent of the U.S. population will develop PTSD at some point in their lives. The condition is more common among certain groups, such as military personnel and prisoners, who are more highly exposed to traumatic events.

For their study, Dr. Nidich and team set out to investigate whether transcendental meditation – a form of meditation that aims to put the body and mind into a state of rest – may be effective for alleviating symptoms of trauma in prisoners.

The study included 181 male prisoners from the Oregon State Correctional Institution and Oregon State Penitentiary, who were considered to be at moderate to high risk of trauma symptoms.

Subjects were randomized to either a transcendental meditation group – involving two 20-minute meditation sessions twice daily – or a non-meditating control group for 4 months. All men continued with their standard care.

At the beginning and end of the study, all subjects were assessed for symptoms of trauma and stress using the Trauma Symptoms Checklist and the Perceived Stress Scale.

Compared with the control group, men who practiced transcendental meditation for 4 months experienced a 47 percent reduction in trauma symptoms – including anxiety, depression, and sleep problems – as well as a reduction in perceived stress.

The researchers say their results support previous studies that have observed a link between transcendental meditation and improved mental health in prisoners.

Explaining how transcendental meditation appears to relieve stress and symptoms of trauma, Dr. Nidich points to previous studies that have shown the technique reduces heightened activity in the sympathetic nervous system (SNS) and hypothalamic-pituitary-adrenal (HPA) axis.

These regions are associated with the “flight or fight response” – a psychological reaction to a traumatic event, which prepares the body to either tackle or flee a perceived threat.

“Brain imaging studies and other psychophysiological research have shown that TM meditators have less reactivity to stressful stimuli, further indicating a more stable and balanced style of functioning.”

Overall, the researchers believe that their results add to the increasing evidence that transcendental meditation may benefit prisoners and other individuals at high risk of psychological issues after trauma.

“These findings, along with previous published research on veterans, active military personnel, international refugees, and other at-risk populations provide support for the value of the transcendental meditation program as an alternative treatment for post-traumatic stress.”

Read about a study that suggests mindfulness meditation may help to control emotions.

The Many Benefits Of Outdoor Sports