Women suffering from extreme morning sickness often take Zofran (ondansetron) to combat their debilitating nausea and vomiting. However, two studies have found that the drug may increase risk of heart defects and cleft palate in children exposed in utero. 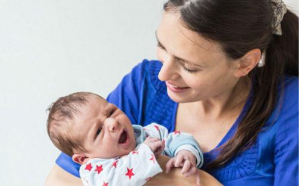 A new study by a UCLA researcher has found no evidence to link the anti-nausea drug to an increased risk of birth defects. In fact, women with the condition who took Zofran reported fewer miscarriages and pregnancy terminations and higher live birth rates than women with extreme morning sickness who did not take the drug, said study first author Marlena Fejzo, an associate researcher in the David Geffen School of Medicine at UCLA.
More than 190 lawsuits have been filed in 2015 against the drug’s manufacturer alleging birth defects were caused by Zofran exposure. This study could help women make informed choices about whether to expose their fetuses to the medication.

“This is the first study describing fetal outcome for more than 1,000 exposures to Zofran in the United States,” said Fejzo, who suffered from extreme morning sickness herself during two pregnancies. “I believe this data is critical to guide future decision-making regarding prescribing what is one of the most effective and most commonly prescribed off-label treatments for nausea and vomiting. The overall results do not support an increased risk of birth defects.”

The study appears May 9, 2016 in the journal Reproductive Toxicology.

Extreme morning sickness, or Hyperemesis Gravidarum (HG), is the condition that Duchess Kate Middleton experienced during both her pregnancies. Its cause is unknown and the symptoms are intense – the continuous nausea and vomiting can be so violent that women can suffer from detached retinas, blown eardrums, cracked ribs and torn esophagi, Fejzo said. The symptoms can last for several months or the entire pregnancy. Many women require IV fluids and feeding tubes and are hospitalized multiple times due to the condition.

In this retrospective study, data on outcomes were collected on 1,070 pregnancies

“What was really significant to me was that women with extreme morning sickness who took Zofran reported fewer miscarriages and terminations and experienced higher live birth rates,” Fejzo said. “Taking this medication helped them get through their pregnancies and gave them their desired outcome, a live birth.”

This retrospective cohort study is part of a larger, ongoing investigation evaluating the genetics and epidemiology of HG. Eligible patients were primarily recruited through advertising on the Hyperemesis Education and Research Foundation Web site at www.HelpHer.org between 2007 and 2014.

“This study suggests that having a history of HG, not the exposure to Zofran, may be associated with an increased risk of birth defects,” Fejzo said. “Women have to weigh the evidence of the efficacy of one of the most effective drugs for nausea and vomiting against the risk of birth defects. Women and their babies need nutrition during pregnancy, and if they have less nausea and vomiting that goal may be accomplished.”