US scientists believe that the future will use nanoparticles treatment of disease, antibiotics are no longer as popular as it is now. 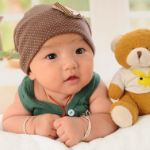 Using nanoparticles to engineer a special drug, a team of researchers has demonstrated in mice a new way to both reduce preterm birth and avoid the risks of medication in pregnancy to unborn babies.

Jerrie S. Refuerzo, M.D., of the University of Texas Medical School at Houston (UTHealth) was frustrated with the limitations of existing tocolytic (anti-contraction or labor-repressant) medications such as indomethacin in treating women experiencing preterm labor. These drugs can cross the placental barrier and cause a heart defect or other problems in the fetus. Dr. Refuerzo and Monica Longo, M.D., Ph.D. (UT Health), in collaboration with colleagues from Houston Methodist Research Institute, Biana Godin, PharmD, Ph.D., bioengineered an innovative microscopic nanoparticle of indomethacin aimed at reaching the pregnant uterus but not crossing the placenta to the fetus. This targeted liposomal indomethacin, called LIPINDORA, was coated with an oxytocin receptor antagonist to make it bind to uterine tissue.

LIPINDORA was given to near-term pregnant mice and the researchers found that the treated mice were significantly less likely than controls to have preterm uterine contractions or to deliver prematurely.

“These findings are exciting because we don’t currently have any medication that can reliably stop contractions or prevent preterm birth without also crossing the mom’s placenta and causing risks to babies,” explained Edward R. B. McCabe, M.D., Ph.D,, senior vice president and chief medical officer of the March of Dimes.

Preterm birth (birth before 37 weeks of pregnancy) is the number one killer of babies in the United States.

About 380,000 babies are born too soon each year in this country, and those who survive an early birth often face an increased risk of a lifetime of health challenges, such as breathing problems, cerebral palsy, intellectual disabilities and others. Even babies born just a few weeks early have higher rates of hospitalization and illness than full-term infants.

Dr. McCabe said nanoparticles are a leading-edge technology also being studied for delivery of drugs for other conditions, such as cancer, heart disease, and bacterial infections, in order to target specific cells to reduce toxicity and side effects of those medications and to make them more effective. Nanoparticles range 100-200 nanometers in diameter and a nanometer is one billionth of a meter. To demonstrate scale: a nanometer is to a tennis ball as a tennis ball is to the earth.

Dr. Refuerzo said the team currently is conducting tests of LIPINDORA’s effectiveness in human uterine tissue donated from C-sections. They’re looking for biomarkers to indicate that the tissue has an anti-contraction response to the drug. If successful, they hope to begin a Phase I human clinical trial of the drug within the next few years.