According to a study published in the Endocrine Society’s Journal of Clinical Endocrinology and Metabolism, consuming soy may be beneficial to improve metabolic and cardiovascular health in women who have polycystic ovary syndrome. 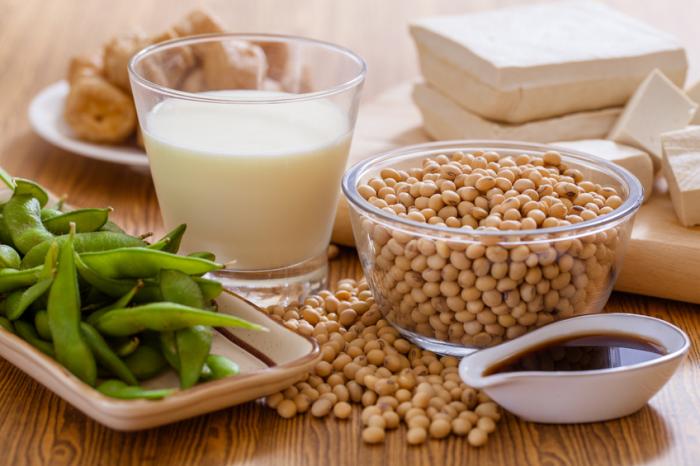 Polycystic ovary syndrome (PCOS) is a common condition that affects how a woman’s ovaries work. Woman with PCOS experience irregular periods, high levels of “male hormones” in the body, and polycystic ovaries that become enlarged and contain many fluid-filled sacs that surround the eggs.

PCOS is the leading cause – responsible for 70 percent – of female infertility issues and increases a woman’s risk of serious health conditions such as insulin resistance, which elevates the risk of type 2 diabetes and cardiovascular disease.

PCOS is also associated with metabolic syndrome that contributes to both diabetes and heart disease.

Around 5-10 percent of women of childbearing age are affected by PCOS, with less than 50 percent of women diagnosed. Studies have shown that around 40 percent of patients with diabetes and glucose intolerance between the ages of 20-50 have PCOS. In the United States, PCOS affects an estimated 5-6 million women.

Soy isoflavones are naturally occurring, plant-based estrogens found in the soybean plant. They are often found in foods such as soymilk, as well as supplements.

The trial, led by Mehri Jamilian and Zatollah Asemi, Ph.D., was performed on 70 women diagnosed with PCOS aged between 18-40 years. The women were referred to the Kosar Clinic in Arak, Iran, between December 2015 and February 2016.

Participants were allocated into two groups taking either 50 milligrams of soy isoflavones or placebo every day for 12 weeks. The amount of soy is equivalent to the amount in 500 milliliters of soymilk.

Metabolic, endocrine, inflammation, and oxidative stress biomarkers were observed in blood samples at the beginning of the study and after the 12-week intervention. The women were instructed to maintain current levels of exercise and to avoid taking other nutritional supplements for the duration of the research.

Compared with the placebo group, soy isoflavone administration significantly decreased circulating levels of insulin and other biological markers associated with insulin resistance – a condition whereby the body’s tissues are resistant to the effects of insulin, which can lead to type 2 diabetes.

Supplementation with soy isoflavones also resulted in significant reductions in testosterone, harmful cholesterol known as low-density lipoprotein (LDL), and triglycerides – or fats in the blood – than their counterparts who received the placebo.

“Our research found that women who have PCOS may benefit from incorporating soy isoflavones in their diets,” says Asemi, of Kashan University of Medical Sciences.

“In the first study to examine the connection, we found women who consumed soy isoflavones regularly saw improvement in biological markers that reflect how effectively the body utilizes insulin to process sugars and had reduced levels of harmful cholesterol.”

The authors did not observe any significant effect of soy isoflavone intake on other lipid profiles and inflammatory and oxidative stress markers.

“There is growing interest in how adding soy to the diet can help address metabolic syndrome and related health conditions,” says Asemi. “Our findings indicate consuming soy isoflavone regularly may help women with PCOS improve their metabolic and cardiovascular health,” he concludes.

Read about how women receiving infertility treatment might benefit from consuming soy.