People with gluten sensitivity – whereby gluten intake triggers symptoms similar to celiac disease, but without the associated intestinal damage – are often told that the condition is “all in the mind.” But a new study may turn this perception on its head, after uncovering a biological explanation for gluten sensitivity. 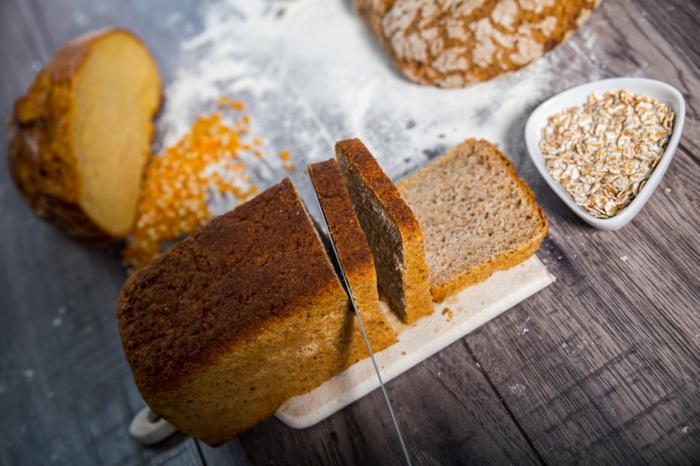 Researchers have identified a biological explanation for why some people without celiac disease are unable to tolerate gluten.

In a study published in the journal Gut, researchers led by Columbia University Medical Center (CUMC) in New York, NY, suggest gluten sensitivity may arise as a result of a weakened intestinal barrier, which triggers an inflammatory immune response when gluten is consumed.

Proteins found in wheat, rye, barley, and triticale all fall under the gluten category. They are present in a variety of foods, primarily breads, cereals, and pasta.

It is estimated that around 1 in 141 Americans have celiac disease – an autoimmune disorder in which the immune system attacks the small intestine in response to gluten intake, causing symptoms such as bloating, constipation, chronic diarrhea, stomach pain, vomiting, and chronic fatigue.

As many as 18 million Americans, however, are believed to experience similar symptoms in response to gluten intake, but they do not have the intestinal damage that arises with celiac disease, nor do they possess the associated tissue transglutaminase (tTG) antibodies.

Uncovering the causes of gluten sensitivity

Gluten sensitivity has long baffled scientists, who have been unable to pinpoint the underlying mechanisms of the disorder.

This has led to some researchers suggesting that gluten sensitivity is not a real condition, and that symptoms that arise in response to gluten among people without celiac disease are psychological.

However, the new study – led by Armin Alaedini, Ph.D., assistant professor of medicine at Columbia – appears to have identified a biological explanation for gluten sensitivity, providing evidence that the disorder is not all in the mind.

The individuals with non-celiac gluten sensitivity all reported experiencing gastrointestinal symptoms after consuming foods containing gluten, including wheat, barley, and rye, the team reports; such symptoms disappeared when gluten-containing foods were removed for a period of 6 months, and they returned when re-introduced.

The researchers took blood samples from all three groups, which they used to pinpoint markers of immune system activity.

Study shows symptoms of gluten sensitivity ‘are not imagined’

In the blood samples of individuals with celiac disease, the researchers found no markers of increased innate immune system activity, despite this group experiencing significant intestinal damage.

This suggests that the intestinal immune response in people with celiac disease has the ability to neutralize microbes that travel through the damaged intestinal barrier, the team says, which stops an inflammatory response from occurring.

For individuals with non-celiac gluten sensitivity, however, it was a different story; the researchers found that, while they did not possess the cytotoxic T cells found in people with celiac disease, they did have a marker of intestinal cell damage, alongside markers of acute systemic immune activity.

According to the authors, this finding indicates that patients with non-celiac gluten sensitivity have a weakened intestinal barrier as a result of intestinal cell damage, which triggers inflammatory immune activity in response to gluten.

Additionally, the researchers found that markers of intestinal cell damage and immune system activity among individuals with non-celiac gluten sensitivity normalized when they refrained from eating gluten-containing foods for 6 months, further supporting their theory.

“Our study shows that the symptoms reported by individuals with this condition are not imagined, as some people have suggested. It demonstrates that there is a biological basis for these symptoms in a significant number of these patients.”

The team suggests it may one day be possible to use such markers to diagnose non-celiac gluten sensitivity; at present, no diagnostic tests for the condition exist. The markers could also be used to monitor patients’ response to treatment.

“These results shift the paradigm in our recognition and understanding of non-celiac wheat sensitivity and will likely have important implications for diagnosis and treatment,” says study co-author Dr. Umberto Volta, professor of internal medicine at the University of Bologna, Italy.

“Considering the large number of people affected by the condition and its significant negative health impact on patients, this is an important area of research that deserves much more attention and funding.”

Learn whether a gluten-free diet is beneficial for children.