A growing body of research suggests that prenatal stress has a long-lasting impact on an infant’s development. A new study adds to the evidence, showing that prenatal stress can negatively affect the child well into adulthood, through a connection via the maternal gut bacteria. 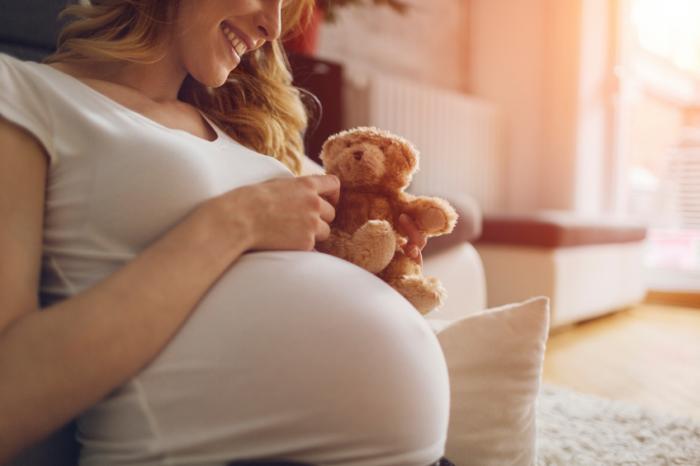 Stress-induced changes in the maternal gut bacteria may affect the child for life, according to new research.

According to an analysis conducted by the Centers for Disease Control and Prevention (CDC), prenatal stress is associated with preterm birth, low birth weight, as well as prenatal and postpartum depression and anxiety in the mother.

An overview of existing research further supports the “fetal origins hypothesis,” according to which prenatal environmental factors can have lifelong effects on the brain development and behavior of offspring.

Pregnant women’s exposure to a variety of stressors, ranging from common to traumatic, have been linked to significant modifications in the children’s neurodevelopment. Stressors such as the loss of a loved one, daily hassles, or financial worries have been connected to autism, affective disorders, and reduced cognitive ability in children.

New research in mice suggests that prenatal exposure to a mother’s stress may change the microbiome in a way that negatively affects the baby.

Tamar Gur, assistant professor of psychiatry, behavioral health, neuroscience, and obstetrics and gynecology at Ohio State University, believes the bacteria to be a particularly good medium for researching the connection between a mother and her fetus.

This is why she led a team of researchers to examine exactly how maternal stress affects the offspring.
“We already understand that prenatal stress can be bad for offspring, but the mystery is how,” says Gur, who is also a member of Ohio State Wexner Medical Center’s Institute for Behavioral Medicine Research.

Gur explains that the microbes from a mother’s gastrointestinal and reproductive tracts are the first ones to spread to the developing fetus and the newborn. As a result, gut bacteria might provide an explanation for why and how maternal stress can affect a person’s mental health for their entire life.

“More and more, doctors and researchers understand that naturally occurring bacteria are not just a silent presence in our body, but that they contribute to our health,” says Gur.

For the study, researchers compared two groups of pregnant mice. One group was subjected to 2 hours of stress-inducing restraint per day for 7 days. The other group was left undisturbed during pregnancy.
The gut bacteria of both groups assessed by taking fecal samples.

Researchers found increased markers of inflammation in the placenta, the fetal brain, and the adult brain of the mice’s offspring. The scientists also found a decrease in a supportive protein called the “brain-derived neurotrophic factor.”

When stressed, pregnant mice displayed a change in their bacterial makeup. These changes could be observed both in the mothers’ guts and in the placentas, as well as in the intestines of their female offspring.
Bacterial changes lasted all the way into adulthood.

Affected adult mice “were more anxious, they spent more time in dark, closed spaces and they had a harder time learning cognitive tasks even though they were never stressed after birth,” Gur explains.

Researchers found a lower ability to learn and behavior indicative of higher levels of anxiety among the female offspring of the mice. According to Gur, the team found alterations in the behavior of male offspring as well, but the details of that part of the study are still a work in progress.

Gur recently presented the study at Neuroscience 2016 – the annual meeting of the Society for Neuroscience, held in San Diego, CA.

Future research to uncover link between brain and bacteria

The author emphasizes that by no means do the findings suggests mothers should be blamed for their children’s adult mental health. Rather, the results of the study highlight the importance of having a discussion about mental health for both the pregnant mother and the baby.

“As a psychiatrist who treats pregnant women, if you’re stressed, anxious or depressed, I think pregnancy is a prime time for intervention. And what’s good for mom is good for the baby.”

In the future, Gur and team hope to further study the link between the brain and the gut bacteria by examining pregnant women and their babies.

Ultimately, Gur hopes to investigate the role of probiotics in alleviating the negative effects of stress.

Read about the connection between gut bacteria and the brain.

Effects Of Alcohol On Women’s Fertility And How Many?

The Treatment Of Breast Cancer: Just As Effective Cost Is Different