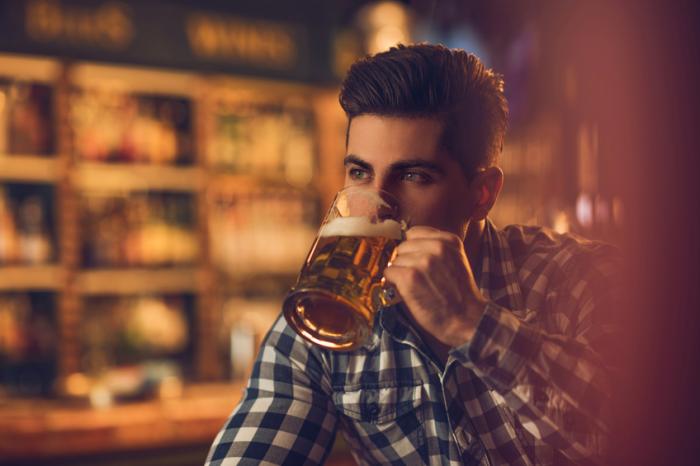 Referred to as the “bad” cholesterol, LDL cholesterol can cause a buildup of plaque in the arteries at high levels – a condition known as atherosclerosis. This can increase the risk of heart attack and stroke.

HDL cholesterol helps remove LDL cholesterol from the arteries, carrying it back to liver, where it is broken down and removed from the body. This process can reduce the risk of heart attack and stroke, earning HDL the title of “good” cholesterol.

Study co-author Shue Huang, of Pennsylvania State University, and team analyzed the data of 80,081 Chinese adults who were an average age of 49 years.

Participants’ alcohol intake was assessed at study baseline in 2006, and based on this, they were allocated to one of five groups: never, past, light, moderate, and heavy drinkers.

Moderate drinking was defined as 0.5-1 drink a day for women and one to two drinks daily for men. The researchers also looked at what types of alcohol the participants consumed.

All adults were free of cardiovascular disease and cancer, and they did not use any LDL-cholesterol lowering medications during follow-up.

The HDL levels of all participants decreased during follow-up. However, the researchers found moderate drinkers experienced a slower decline in HDL, compared with never-drinkers and heavy drinkers (defined as at least one drink a day for women and more than two drinks daily for men).

Further analysis revealed that slower decline in HDL cholesterol was dependent on the type of alcohol consumed.

The authors note there was an insufficient number of wine drinkers to determine whether the beverage was associated with slower reduction of good cholesterol.

In conclusion to their study, the authors write:

“Alcohol consumption was associated with slower HDL decreases, with moderate consumption slowest. However, the data suggested differential effects on the basis of alcoholic beverage type.”

Read about a study that suggests women are now drinking almost as much as men.

Caffeine Does Not Induce Arrhythmia And Heart Failure Patients