Although abstinence from alcohol is widely recommended when trying to become pregnant, its exact implications for a woman’s fertility are not known. A new study published in The BMJ charts the interaction in new detail. 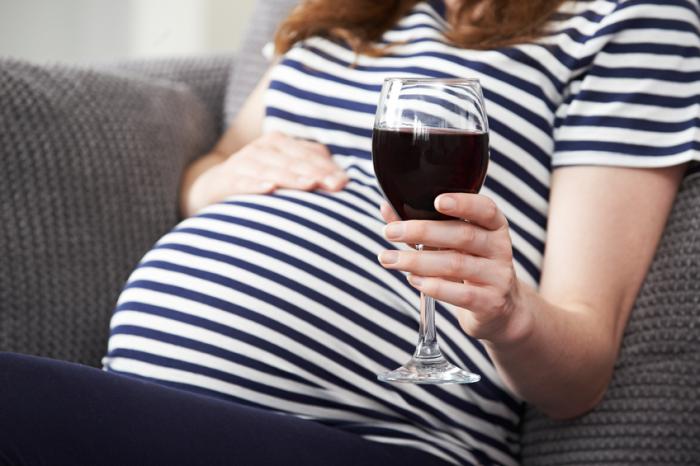 A new study looks in detail at alcohol and fertility.

An estimated 24 percent of couples in developed countries take more than 12 months to conceive.

Because drinking alcohol is a pervasive part of modern life, its impact on fertility is of great interest.

An estimated 18.2 percent of American women aged 18-44 engage in binge drinking (more than four drinks in one sitting), three times per month.

More than one drink per day during pregnancy has been linked to low birth weight, fetal alcohol spectrum disorders, and preterm birth.

However, although alcohol is known to influence male and female reproductive systems and the unborn fetus, its influence on fertility is not well understood

Official guidelines in the United Kingdom, United States, and a number of other countries recommend that couples abstain from alcohol when attempting to become pregnant.

Although cutting out alcohol when trying to conceive is a sensible recommendation, the association between pre-conception alcohol intake and the time taken to become pregnant has not been documented in great detail.

To date, findings from studies investigating the impact of alcohol on female fertility have been contradictory; some link decreases in fertility with low to moderate alcohol consumption, some showed no correlation, and others still reported a slight increase in fertility.

A team of Danish researchers designed a prospective cohort study to re-examine this association.

The team used data from 6,120 females aged 21-45. All participants were in stable relationships and actively trying to become pregnant. None were involved in fertility treatments.

Alcohol was measured in standard servings – 1-3, 4-7, 8-13, and 14 or more units per week; they also collated information about the specific type of alcohol – beer, red or white wine, dessert wine, or spirits.

Participants completed questionnaires twice a month for 1 year, or until conception occurred; the researchers asked them questions regarding pregnancy status, alcohol use, menstrual cycles, frequency of intercourse, and smoking.

Measuring the impact of alcohol on conception

Women in the highest alcohol consumption group (14 units or more per week) had 37 pregnancies in 307 cycles, and those who did not drink had 1,381 pregnancies in 8,054 cycles. These figures equate to an 18 percent decrease in the probability that the women would conceive.

“Consumption of less than 14 servings of alcohol per week seemed to have no discernible effect on fertility. No appreciable difference in fecundability was observed by level of consumption of beer and wine.”

When the types of alcohol – beer, wine, spirits – were accounted for, there were no measurable differences in the ability to conceive.

So, although the difference between the no-alcohol and 14+ units group was significant, none of the differences between the other categories were. As the authors write: “the results did not support an effect of alcohol consumption at more moderate levels (one to seven servings a week).”

The paper is released alongside an editorial written by Dr. Annie Britton from University College London, an expert in the epidemiology of alcohol; she believes that the results “offer some reassurances.”

“Total abstinence may not be necessary to maximize conception rates […] if alcohol is consumed moderately, it seems that this may not affect fertility.”

Britton also ends on a note of caution: “However, it would be wise to avoid binge drinking, both for the potential disruption to menstrual cycles and also for the potential harm to a baby during early pregnancy. If a couple are experiencing difficulty in conceiving, it makes sense for both partners to cut down on their alcohol intake.”

The study does have some shortfalls. Although it employed a high number of participants, only 1.2 percent of the women fell into the highest alcohol consumption group. Additionally, the study did not take into account how and when the alcohol was consumed, for instance, binge drinking compared with regularly spaced drinks across the week.

Another concern raised by the authors is that the partner’s alcohol consumption was not measured. As alcohol is known to affect sperm count in males, this could have been another influencing factor.

As an observational study, the results cannot prove cause and effect; the authors call for further research to firm up the findings.

Read about a study claiming that a little alcohol in pregnancy puts future generations at risk.