New research from Brigham Women’s Hospital – in Boston, MA – of 1.3 million women suggests that antipsychotic medication use during pregnancy does not significantly increase the risk of birth defects overall, or cardiac malformations in particular. 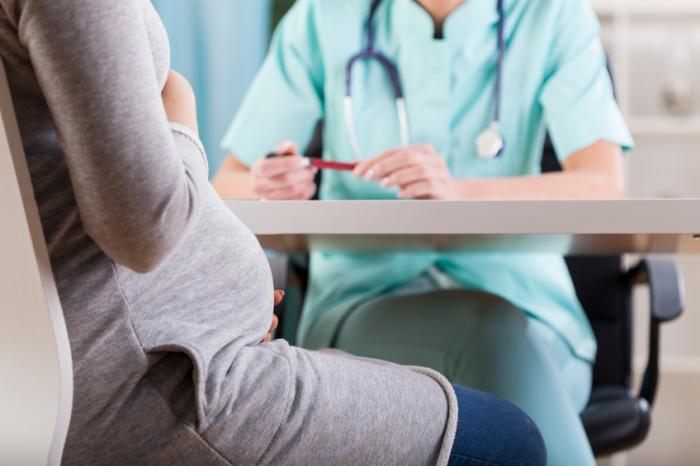 The decision for pregnant women to take AP medication is one that stems from the knowledge that the overall negative impact of the disease is greater than that of the drug treatment.

In 2008, nearly 94 percent of women took at least one medication during pregnancy; in the first trimester, 82.3 percent used at least one, and 27.6 percent reported taking four or more medications.

These statistics highlight the public health importance of research to inform pharmacotherapy for pregnant women.

Exposure to antipsychotics (APs) during pregnancy is increasingly common. APs are a range of medications that are used for some types of mental distress or disorder – such as schizophrenia or bipolar disorders – or used with antidepressants to treat depression.

There are two different groups of antipsychotics. The first type is titled “typical” – an older type of drug that first appeared in the mid-1950s. They block the action of dopamine, some more strongly than others.

“Atypical” antipsychotics – newer medications that were approved in the 1990s – still block dopamine, but on a smaller scale. They also work on different chemical messengers in the brain such as serotonin.

The new atypical drugs have a decreased risk of affecting fertility when compared with their older typical counterparts. When combined with the deinstitutionalization of psychiatric patients, these factors are attributed to doubling the use of APs during pregnancy in the past decade.

Clinicians understand very little regarding the safety of APs on the developing fetus, and concerns have been raised about a potential association between APs and congenital malformations.

The study, published in JAMA Psychiatry, examined the risk of congenital and cardiac malformations associated with first-trimester exposure to APs.

Krista F.G. Huybrechts, M.S., Ph.D., an associate epidemiologist in the Division of Pharmacoepidemiology and Pharmacoeconomics at Brigham and Women’s Hospital and Harvard Medical School, and co-authors used a nationwide Medicaid database sample of 1,341,715 pregnant women enrolled from 3 months before their last menstrual period through at least 1 month after delivery.

Exposure to APs was defined as filling at least one prescription during the first trimester – the first 90 days – of pregnancy. Both typical and atypical antipsychotic medications were evaluated.

Individual drugs including aripiprazole, olanzapine, quetiapine fumarate, risperidone, and ziprasidone were assessed. Women were considered unexposed if they failed to fill an AP prescription during the 3 months before the start of pregnancy or during the first trimester.

According to the results, among the more than 1.3 million women, 9,258 women (0.69 percent) filled a prescription for an atypical AP, and 733 women (0.05 percent) filled a prescription for a typical AP during the first trimester. The most frequently used atypical APs in order of frequency were quetiapine, aripiprazole, risperidone, olanzapine, and ziprasidone.

Risperidone associated with an increased risk in overall malformations

With the possible exception of risperidone, the authors observed no significant increased risk of birth defects for typical or atypical APs after accounting for co-existing mental and physical conditions and their associated behaviors.

The authors caution that the small increase in absolute risk and relative risk for birth defects observed with risperidone should be interpreted with caution because no clear biological mechanism can readily explain this outcome, and the possibility of a chance finding cannot be ruled out.

“Our findings suggest that use of APs [antipsychotics] early in pregnancy does not meaningfully increase the risk for congenital malformation or cardiac malformation, with the possible exception of risperidone.”

“The findings for risperidone should be viewed as an initial safety signal that will require confirmation in other studies,” the study concludes.

Katherine L. Wisner, M.D., of the Northwestern University Feinberg School of Medicine in Chicago, IL, and co-authors write in a related editorial: “The authors found that associations between AP exposure and birth defects were attenuated after adjustment for confounding, which implies that these variables, rather than AP exposure, account for much of the effect on congenital malformations.”

“This landmark report, with the largest population of women exposed to APs published to date to our knowledge, demonstrates that exposure to APs (other than risperidone) does not significantly increase the risk for birth defects, which has been a major source of concern for women and prescribers,” they conclude.

Read about how acetaminophen use in pregnancy could be linked to behavioral problems in children.