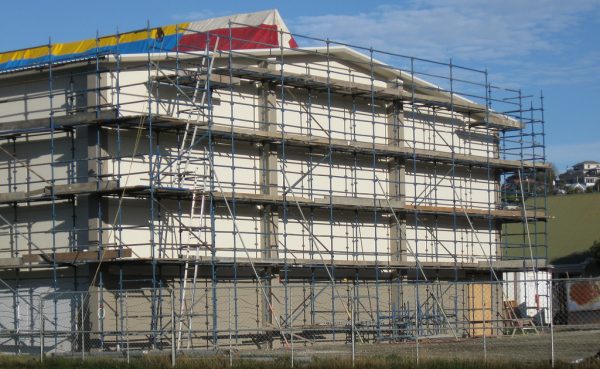 On Jan. 20, 2015, about 30 minutes into his State of the Union Address, President Barack Obama said the words that would set in motion a health research initiative that could exceed the scope of any that has come before it.

Obama told listeners that he was green-lighting the launch of the Precision Medicine Initiative, a program two decades in the making that would begin where the groundbreaking Human Genome Project left off.

“I want the country that eliminated polio and mapped the human genome to lead a new era of medicine — one that delivers the right treatment at the right time,” Obama said, between his remarks about trade and net neutrality.

Obama called for $215 million in fiscal year 2016 to breathe life into the Precision Medicine Initiative, which supporters say promises to dramatically transform the way healthcare is delivered and received by looking at the nature and nurture sides of the health of 1 million Americans over decades. Last week, the National Institutes of Health, which is heading the initiative, rebranded the Precision Medicine Initiative’s cohort program as “All of Us.”

“It’s sort of uncharted waters,” said Christine Cole Johnson, chair of Henry Ford Health System‘s Department of Public Health Sciences. Detroit-based Henry Ford is coordinating a five-member research consortium that is building the early scaffolding of the All of Us project by recruiting 10,000 participants from across seven states.

Ford and the other four members are operating under the umbrella of the Trans-American Consortium for the Health Care System Research Network, which encompasses more than 9 million people from Michigan to Texas. The consortium also includes scientists from Baylor Scott & White Research Institute in Texas, Essentia Health in Minnesota, Spectrum Health in Michigan and the University of Massachusetts Medical School.

Some of the participants had already submitted proposals to NIH during an earlier round of site selections. But this time around, they banded together at the invitation of Henry Ford and received a round of Year One funding to be divided among the members, which will each aim to recruit at least 2,500 participants.

All were quick to call the research initiative a “game changer” and “revolutionary.” Giovanni Filardo, director of epidemiology and a principal investigator at Baylor Scott & White, said All of Us could be a model for future studies.

The Precision Medicine Initiative is an extension of a focus in medicine that came out of the NIH’s Human Genome Project of tailoring treatment to the individual, genetic level. It’s particularly evident in oncology studies that are now grouping trial participants together by tumor mutations rather than types of cancer.

The Trans-American Consortium builds on the new depth of genetic understanding by adding lifestyle and other information, Filardo said.

First, he and his fellow consortium members have to build the infrastructure of the study before their 12-month deadline hits. Just figuring out how to get the sites configured to share data — including patient records — will be a challenge.

If that sounds straightforward, consider that Baylor, for example, will be pulling from five sites in Texas. Research cohorts in Dallas and Waco are vastly different in ethnicity, age, gender, religion and education, Filardo explained.

Now do that same calculation for the other sites and factor in the difficulty of collecting diet and lifestyle information, electronic health records, samples of blood and urine and real-time data from smartphone apps and wearable devices from 10,000 people.

Some are are healthy, others are sick, have a mental illness, have developmental delays or cognitive impairments. Many people in a hurry, speak Spanish as their primary language or don’t speak at all. The consortium also has to hire staff to wrangle that many people into a cohort that will sign up and stay signed up for years.

That said, a cohort of this size has the statistical power to detect associations between genetic and environmental factors and how they affect health, according to NIH.

Very few studies deal with so many variables, said Dave Chesla, manager of the Spectrum Health Universal Biorepository. “We’re looking at people in a way we have never done before,” Chesla said.

The caveat is that because this round of funding is limited, the consortium partners may not reach underrepresented groups, including Native American tribes and rural communities, if these populations aren’t near the initial sites. That should change over time as the number of sites expand.

That is, if they do. Expansion and future funding of the Precision Medicine Initiative may depend on the presidential election on Nov. 8.

The initiative’s goal is to be inclusive, but because of the longitudinal nature of the study, the most desirable participants are young adults. Chesla described them as the 18-year-olds getting a physical before they leave for college. Finding such people and keeping in touch over time entails adjusting to reaching out by social media, text messages or whatever new digital communication tools develop in the future.

Young or old, gaining buy-in will require applying the same principles of precision medicine to people: personalizing the study to fit the individual, not the other way around. Researchers have to if they want to tap the possibly unparalleled diversity of the United States, which is where the Precision Medicine Initiative started.

The consortium plans to set up patient advisory committees to help with the patient-centered design. That is why Henry Ford reached out to Kathleen Mazor, a professor of medicine at UMass Medical School who specializes in understanding how to bridge the gap between patients and medical professionals.

She will be advising the consortium on things like how to write model consent forms that are clear to people of different groups so that they fully understand what is being asked of them and what to expect. Participants will likely be motivated by immediate practical benefits to their health. That’s not so easy with a study of this duration.

“I don’t know what those answers are, but they’ll be interesting,” Mazor said.

Answers may not even arrive within the lifetime of some of the participants. But the big picture, as Johnson and the other members of the consortium see it, is what people who sign on will be adding to our understanding of ourselves.

“It’s for your relatives, it’s for your grandchildren. It’s for people,” Johnson said. “That’s why it’s called All of Us,” she said.