High triglycerides are as a hyperlipidemia, the main hazards to the human body is mainly caused atherosclerosis, resulting in blood vessel blockage and thrombosis. 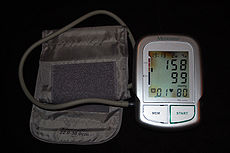 The Dietary Approaches to Stop Hypertension (DASH) dietary pattern, which is high in fruits, vegetables and low fat dairy foods, significantly lowers blood pressure as well as low-density lipoprotein cholesterol (LDL-C) and high-density lipoprotein cholesterol. In a study to be published in the American Journal of Clinical Nutrition, researchers at the UCSF Benioff’s Children’s Hospital Oakland Research Institute (CHORI) found that a higher fat DASH diet lowered blood pressure to the same extent as the DASH diet, but also reduced triglycerides and did not significantly raise LDL-C.

The study “Comparison of the DASH (Dietary Approaches to Stop Hypertension) diet and a higher-fat DASH diet on blood pressure and lipids and lipoproteins: a randomized controlled trial,” tested the effects of substituting full-fat for low-fat dairy foods in the DASH diet on blood pressure and plasma lipids and lipoproteins. The DASH diet was originally developed as a means for lowering blood pressure, and was designed to include low-fat and nonfat dairy foods. When substituted for carbohydrates or unsaturated fats, saturated fats have been consistently shown to increase LDL-C. The DASH diet was developed with research originally sponsored by the National Institutes of Health. Since that time, a number of studies have shown the health benefits of the DASH diet, and it has many of the same characteristics as the Healthy U.S.-Style Eating Pattern that is one of three recommended dietary patterns in the 2015 Dietary Guidelines for Americans.

In this study, researchers led by Ronald Krauss, MD and Sally Chiu, PhD of CHORI and Nathalie Bergeron, PhD of CHORI and Touro University, tested whether the blood pressure benefit, as well as a favorable lipid and lipoprotein profile of the DASH diet, could be maintained with a modification of the DASH diet (HF-DASH) that included full-fat dairy foods. Compared to the DASH diet, the HF-DASH has more total and saturated fat and less carbohydrate, the latter achieved primarily by reducing fruit juices and other sugars.

The researchers used a randomized crossover trial of healthy individuals who ate a control diet (Control), a standard DASH diet (DASH), and a higher fat, lower carbohydrate modification of the DASH diet (HF-DASH) for 3 weeks each. The Control diet contained less fiber, fruits and vegetables and more red meat than either of the DASH diets. Each diet period was separated by 2-week washout periods and participants maintained a constant weight during the study periods.

Thirty-six adult participants completed all three diet periods. Blood pressure was reduced similarly in the DASH and HF-DASH diet compared to the Control diet. The HF-DASH diet significantly reduced triglycerides and large and medium sized very low-density lipoprotein particles in comparison with the DASH diet, and there was no significant difference in LDL-C response between these diets. Therefore the modified HF-DASH diet presents an effective alternative to the widely recommended DASH diet, with less stringent dietary fat constraints that may promote even broader implementation.