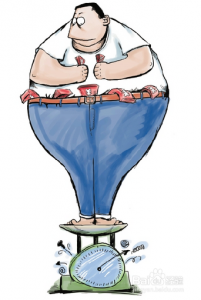 Meals consumed at fast-food restaurants are often seen as one of the biggest contributors to the obesity epidemic. But according to a new study in the Journal of the American Academy of Nutrition and Dietetics, 92 percent of 364 measured restaurant meals from both large-chain and non-chain (local) restaurants exceeded recommended calorie requirements for a single meal. In 123 restaurants in three cities across America, the research team found that a single meal serving, without beverages, appetizers, or desserts sometimes exceeded the caloric requirements for an entire day.

“These findings make it clear that making healthy choices while eating out is difficult because the combination of tempting options and excessive portions often overwhelm our self-control,” said senior author Susan B. Roberts, Ph.D., director of the Energy Metabolism Laboratory at the Jean Mayer USDA Human Nutrition Research Center on Aging (HNRCA) at Tufts University in Boston.

“Although fast-food restaurants are often the easiest targets for criticism because they provide information on their portion sizes and calories, small restaurants typically provide just as many calories, and sometimes more. Favorite meals often contain three or even four times the amount of calories a person needs, and although in theory we don’t have to eat the whole lot in practice most of us don’t have enough willpower to stop eating when we have had enough,” Roberts continued.

The study was conducted by researchers at the HNRCA and the Friedman School of Nutrition Science and Policy at Tufts University and colleagues, who analyzed the calorie content of frequently ordered meals in both local restaurants and their large-chain equivalents in three separate locations: Boston, San Francisco and Little Rock, Ark. The data were collected between 2011 and 2014 by comparing the meals against human calorie requirements and USDA food database values. The cuisine studied by researchers included American, Chinese, Greek, Indian, Italian, Japanese, Mexican, Thai and Vietnamese fare.

The study also found that American, Chinese and Italian had the highest calorie counts with a mean of 1,495 calories per meal.

“Oversize servings lead a lot of dieters to avoid most restaurants entirely, or stick to items like salads that they know are served in reasonable portions,” said co-author William Masters, Ph.D., professor of food economics at the Friedman School. “Standard meals are sized for the hungriest customers, so most people need superhuman self-control to avoid overeating. There is a gender dimension here that is really important: women typically have a lower caloric requirement than men, so on average need to eat less. Women, while dining out, typically have to be more vigilant.”

He believes that local ordinances empowering customers to order partial portions at partial prices would lead restaurants to adjust their default sizes towards what the average customer wants, rather than the hungriest person. “Customers could then order anything on the menu in a more appropriate size, and be able to eat out more often without weight gain.”

While most people blame themselves for having weak willpower when they eat more than they need while dining out, Roberts credits our biology as the cause. “More than 100 years ago the Russian scientist Ivan Pavlov received the first Nobel Prize awarded for integrated systems physiology for discovering the ‘cephalic phase of digestion,’ which is basically a mechanism designed to make us hungry and tempted when there is available food for the taking. All we have to do is see and smell food and our sympathetic nervous system revs up, insulin secretion drops blood glucose and our stomach relaxes – the goal of these physiological changes being to prepare us to eat all the food within reach,” said Roberts, who is also a professor at the Friedman School at Tufts. “So we order our favorite dishes because that is what tempts us, and then we eat more than we need because the portion is too large.”

This study extends Roberts and her research team’s previous research work on restaurant portion sizes and calorie information. A study published in JAMA in 2011 by Roberts and her team compared calories in 269 food items from fast-food and sit-down chain restaurants and found that the items suitable for people being careful with their weight, those listed with the least calories, were not accurately described and in fact contained more calories than stated.