The Florida Department of Health still believes these infections are only happening within one square mile in Miami-Dade County, in an neighborhood known as Wynwood, Scott said in a statement. 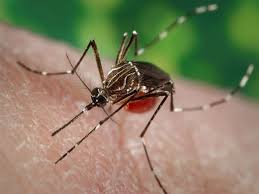 Federal health officials have said repeatedly that they expect to see Zika infections in the United States this summer, particularly in hot, humid states like Florida, Louisiana and Texas.

Most Zika infections have occurred in Latin America and the Caribbean. Brazil has reported the vast majority of cases of a Zika-linked birth defect called microcephaly, which causes babies to be born with abnormally small heads and malformed brains.

U.S. officials said they don’t expect to see a Zika epidemic in the United States similar to those in Latin America. The reason: better insect control as well as window screens and air conditioning that should help curtail any outbreaks.

There is no vaccine yet or treatment for infection with Zika virus. Most people only experience mild symptoms.

The reports of insecticide success in Miami were the second bit of recent good news on the Zika front in the United States.

Last Wednesday, U.S. health officials announced that a potential vaccine for the Zika virus had entered early clinical trials to assess its safety in humans.

The DNA-based vaccine contains genetic pieces of the Zika virus. It is intended to trigger an immune response that would protect against the mosquito-borne virus, according to a statement from the U.S. National Institute of Allergy and Infectious Diseases (NIAID).

At least 80 healthy volunteers aged 18 to 35 will receive doses of the vaccine on differing schedules as part of a phase 1 clinical trial, the agency said.

In the meantime, the CDC is urging pregnant women and their partners to stay away from Miami’s Wynwood neighborhood — the first time the CDC has ever warned against travel to an American neighborhood for fear of an infectious disease.

Mosquito-control efforts in Wynwood have been difficult because it’s a mixed-use area, where industrial sites are located next to a blend of residences and businesses, Frieden said earlier this week.

Aedes mosquitoes feed primarily on human blood, and tend to breed in small pools of water found in local neighborhoods.

The mosquitoes have a short travel range, and Florida officials are describing the infections as a “small case cluster” that do not indicate widespread transmission.

“The Aedes aegypti mosquito does not travel more than 150 meters in its lifetime, and often quite a bit less than that,” Frieden said.

So far, the nearly 1,700 Zika infections reported in the United States mainly have been linked to travel to countries with Zika outbreaks in Latin America or the Caribbean.

In addition to mosquitoes, the Zika virus can be transmitted through sex. The CDC has reported 14 cases of sexually transmitted infections. These infections are thought to have occurred because the patients’ partners had traveled to countries where Zika is circulating, the CDC said.