Man’s best friend seems to be experiencing a sharp drop in fertility, and research suggests that it could be due to environmental contamination. Authors of a study published in the journal Scientific Reports believe that contaminants have led to a significant decrease in canine sperm quality. 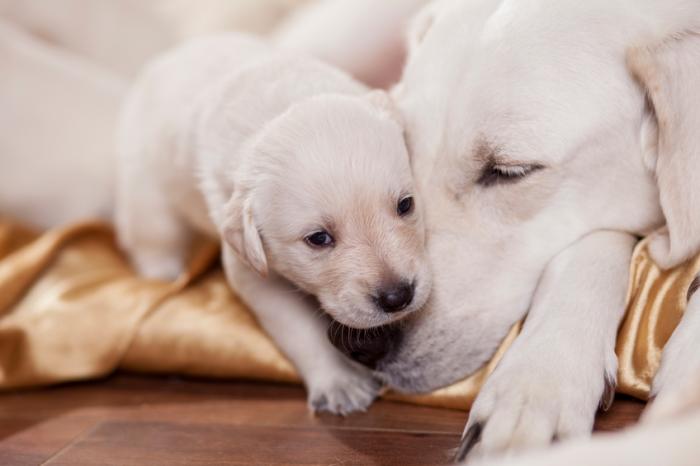 Is our environment damaging canine fertility?

The findings point to a correlation between reduced sperm function and concentrations of chemicals present in the sperm and testes of adult dogs, as well as some commercially available pet foods.

The results may also have implications for a reportedly significant decline in human semen quality.

A team from Nottingham University in the United Kingdom – led by Dr. Richard Lea of the University’s School of Veterinary Medicine and Science – studied samples taken from stud dogs at a breeding center for assistance dogs. The samples were taken over a period of 26 years.

The researchers focused on five specific breeds of dog: Labrador retriever, golden retriever, curly coat retriever, border collie, and German shepherd. They looked at between 42 and 97 stud dogs each year.

They collected semen from the dogs and analyzed it to find out what percentage of sperm:

Motility refers to the ability of something to move spontaneously.

Fall in sperm quality and motility

Results showed a significant decrease in the percentage of normal, motile sperm.

Between 1988-1998, motility declined by 2.5 percent each year, and it continued to decline at a rate of 1.2 percent each year from 2002-2014. There was also a rise in the rate of cryptorchidism in male pups born as offspring to those stud dogs that had declining semen quality.

Cryptorchidism is a condition in which the testes fail to correctly descend into the scrotum.

Between 1998-2002, dogs of compromised fertility were retired from the study.

Environmental contaminants were found in sperm that was collected from the same dogs and from testes of dogs that were undergoing routine castration.

Tests revealed that the concentrations of these contaminants were high enough to interfere with sperm motility and viability.

On testing a range of commercially available dog food, the team found that they contained the same chemicals that were disrupting sperm quality. The foods included brands specifically sold for puppies.

Dr. Lea says: “We looked at other factors which may also play a part, for example, some genetic conditions do have an impact on fertility. However, we discounted that because 26 years is simply too rapid a decline to be associated with a genetic problem.”

What does this mean for humans?

Human semen quality appears to have been in decline over the last 7 decades, according to studies. The incidence of “testicular dysgenesis syndrome” has also increased.

Aspects of this syndrome include a higher rate of testicular cancer, a birth defect known as hypospadias, and cryptorchidism. These disorders all impact human male fertility, and they have clustered in particular geographical areas.

The reliability of these studies, however, has been questioned as there were changes in methods, in training of laboratory personnel, and in quality control over the study period.

Dr. Lea points out that the current study uses reliable data from a controlled population that is free from these factors.

This is the first time that a decline in male fertility has been documented in dogs, says Dr. Lea, and it raises the “tantalizing prospect” that environmental issues could underlie the decline in canine semen quality, and that human male fertility might be similarly affected.

“The dog may indeed be a sentinel for humans – it shares the same environment, exhibits the same range of diseases, many with the same frequency and responds in a similar way to therapies.”

The authors call for further research to confirm the findings.

Read about research into how improving motility in human sperm could help men with fertility problems.