The number of local transmissions of the virus has apparently increased to 14, Gov. Rick Scott said Monday.

While infection with the Zika virus is harmless to most people, it can cause terrible birth defects — particularly microcephaly, which results in babies born with small heads and underdeveloped brains.

In response to the news out of Miami, the U.S. Centers for Disease Control and Prevention said Monday it was sending an eight-person team to assist local officials.

On Tuesday, the CDC said it had awarded more than $16 million to 40 states and territories to create “information-gathering systems” to quickly detect microcephaly. This money is a “stopgap diverted from other public health resources until Zika funds are provided by Congress,” the agency said in a news release. 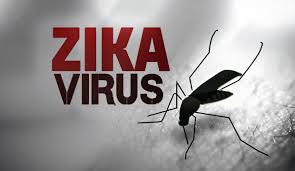 President Barack Obama has asked Congress to allocate $1.9 billion to combat the Zika threat, but federal lawmakers have yet to act on the request.

“It is critical to identify infants with birth defects related to Zika virus so we can support them and their families,” CDC Director Dr. Tom Frieden said in an agency news release. “This CDC funding provides real-time data about the Zika epidemic as it unfolds in the United States and territories and will help those most devastated by this virus.”

The CDC has said repeatedly that it expects to see cases of local transmission of the mosquito-borne Zika virus this summer in warm, humid southern states such as Florida, Louisiana and Texas. The virus is typically transmitted through the bite of Aedes mosquitoes.

The 14 patients identified by Florida health officials constitute the first cases of local transmission of Zika virus by mosquitoes in the continental United States.

Most Zika infections have occurred in Latin America and the Caribbean. Brazil has reported the vast majority of cases and the birth defect microcephaly.

But U.S. officials said they don’t expect to see a Zika epidemic in the United States similar to those in Latin America. The reason: better insect control as well as window screens and air conditioning that should help curtail any outbreaks.

The Miami warning to pregnant women or those thinking of becoming pregnant is the first health warning in decades against travel to a destination within the continental United States.

Women who are pregnant or thinking of becoming pregnant should avoid the 1-square-mile Wynwood neighborhood of Miami, just north of the downtown area, Frieden said Monday during a media briefing.

The CDC issued the travel advisory because more Zika infections have been identified in humans and because mosquito-control efforts in Wynwood have so far proven ineffective, Frieden said.

“Despite the daily use of spraying, the vector control experts there were still seeing new larval mosquitoes and moderately high Aedes aegypti counts, which is not something that we had hoped to see,” Frieden said.

Mosquito-control efforts in Miami’s Wynwood neighborhood have been difficult because it’s a mixed-use area, where industrial sites are located next to a blend of residences and businesses, Frieden said.

“It’s an area that’s not all of one type or another type, and that does make mosquito control more difficult because you need to tailor the mosquito-control activities to the specifics of the area to get rid of breeding sites and apply larvicide and insecticide effectively,” Frieden said.

The mosquitoes in the area might be resistant to the two pesticides that have so far been used, Frieden said, or they might be breeding in hidden pools of water that have not yet been found by response teams.

Aedes mosquitoes feed primarily on human blood, and tend to breed in small pools of water found in local neighborhoods.

The mosquitoes have a short travel range, and Florida officials are describing the infections as a “small case cluster” that do not indicate widespread transmission.

“The Aedes aegypti mosquito does not travel more than 150 meters in its lifetime, and often quite a bit less than that,” Frieden said.

So far, the 1,658 Zika infections reported in the United States mainly have been linked to travel to countries with Zika outbreaks in Latin America or the Caribbean.

In addition to mosquitoes, the Zika virus can be transmitted through sex. The CDC has reported 14 cases of sexually transmitted infections. These infections are thought to have occurred because the patients’ partners had traveled to countries where Zika is circulating, the CDC said.

The Zika virus also has been linked to a rare paralyzing condition called Guillain-Barre syndrome.