Researchers may be one step closer to a diagnostic test for Parkinson’s disease, after finding that an abnormal protein associated with the illness can be detected in patients’ spinal fluid. 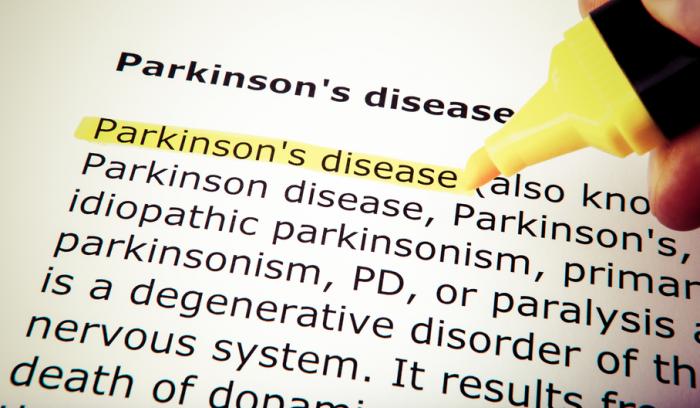 Researchers are closer to a much-needed diagnostic test for Parkinson’s disease.

While it is early days for the test, the team’s results – published in the journal Annals of Clinical and Translational Neurology – have been hailed “hugely promising.”

Parkinson’s disease is a neurological condition whereby production of dopamine in the brain is reduced over time, due to the damage and death of neurons that produce it. Dopamine is a neurotransmitter involved in the regulation of movement and coordination.

As a result, patients with the disease may experience tremors of the hands, arms, legs, jaws, and face, slowed movement, muscle rigidity, impaired posture and balance, and speech problems.

There is currently no definitive test for Parkinson’s. The disease is normally diagnosed through assessment of the patient’s medical history, a medical examination, and physical and neurological tests, but this can take years.

Now, Dr. Alison Green, of the National CJD Research & Surveillance Unit at the University of Edinburgh in the United Kingdom, and colleagues reveal how a test originally developed to detect Creutzfeldt-Jakob disease (CJD) could be adapted to detect Parkinson’s.

In their study, Dr. Green and team report how the test – called the real-time quaking-induced conversion (RT-QuIC) – accurately detected accumulation of the protein alpha-synuclein in the spinal fluid of patients with the disease.

Alpha-synuclein is a protein believed to be associated with onset of both Parkinson’s disease and Lewy body dementia.

In people with Parkinson’s, the protein has been found to form clumps – called Lewy bodies – in neurons that produce dopamine, while in patients with Lewy body dementia, the clumps form in neurons associated with cognitive abilities.

While previous studies have attempted to develop a test to detect alpha-synuclein, these have produced conflicting results. This is because the protein is present in the brains of healthy individuals, only causing problems when it clumps together.

The test from Dr. Green and colleagues, however, has the ability to measure the stickiness and buildup of proteins, an indicator of whether they are likely to cause disease.

For their study, the researchers applied the test to 20 samples of spinal fluid taken from patients with Parkinson’s disease, alongside samples of 15 healthy controls.

They found the test was able to identify 19 out of 20 of samples with 95 percent accuracy and 100 percent specificity. It was also able to detect buildup of the protein in three spinal fluid samples of individuals at high risk for Parkinson’s.

The team also applied the test to samples of patients with Lewy body dementia. Compared with control samples, the test was able to detect the disease with 92 percent accuracy and 100 percent specificity.

A ‘significant development’ toward early test for Parkinson’s

While these results need to be validated in a larger sample of patients, the researchers are hopeful that their findings could lead to much-needed diagnostic tests for both Parkinson’s and Lewy body dementia.

“Although early days, the fact that researchers have developed a new test that is able to detect abnormal alpha-synuclein in the spinal fluid of people with Parkinson’s with remarkable specificity and sensitivity, is hugely promising.

Further research is needed to test more samples to see if the results continue to hold true, but this could be a significant development towards a future early diagnostic test for Parkinson’s.”

Read about the discovery of a mutant gene interaction that could lead to new treatments for Parkinson’s.

Let The Patient From Hell: To Observe The Nursing