Transporting biopharmaceutical drugs for vaccines and treatments – produced in large fermentation plants – can be expensive, time-consuming and challenging to deliver to remote areas. Researchers at Massachusetts Institute of Technology have developed a portable device designed to manufacture a range of drugs on demand. 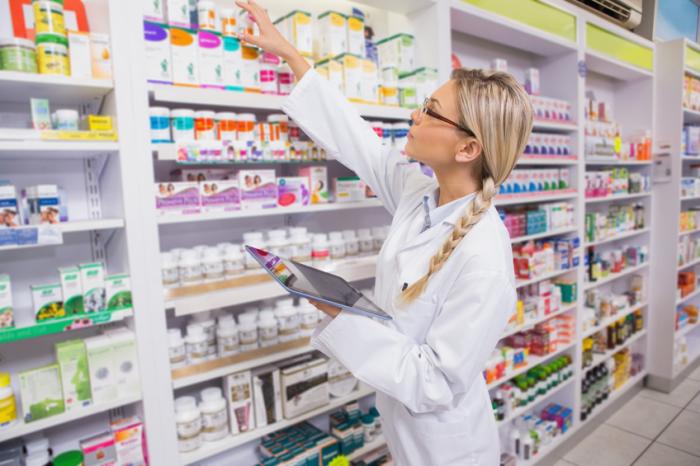 Scientists have developed a device that can produce biopharmaceutical drugs on the move.

With medics on the battlefield and doctors in remote or developing parts of the world in mind, the team designed a compact portable production system that could potentially give patients in these areas rapid access to the drugs they need.

The research – published in the journal Nature Communications with funding from Defense Advanced Research Projects Agency (DARPA) – demonstrates that the device containing a small droplet of cells in a liquid can be used to produce a single dose of treatment.

According to senior author Tim Lu – an associate professor of biological engineering and electrical engineering and computer science, and head of the Synthetic Biology Group at Massachusetts Institute of Technology’s (MIT) Research Laboratory of Electronics – the device could essentially be carried to isolated and inaccessible places and either used to treat patients on the spot or manufacture a vaccine to prevent disease outbreak.

“Imagine you were on Mars or in a remote desert, without access to a full formulary, you could program the yeast to produce drugs on demand locally,” says Lu.

The portable production system uses a programmable strain of yeast – Picha pastoris (P. pastoris) – that can be stimulated to express one of two therapeutic proteins when exposed to a particular chemical trigger.

P. pastoris can grow to very high densities on simple and inexpensive carbon sources and can express large amounts of protein. “We altered the yeast so it could be more easily genetically modified and could include more than one therapeutic in its repertoire,” says Lu.

Exposing the modified yeast to estrogen β-estradiol resulted in the cells expressing recombinant human growth hormone (rHGH), and upon exposing the cells to methanol, the yeast expressed the protein interferon.

Senior author Rajeev Ram, a professor of electrical engineering at MIT, and colleagues initially developed the device. They devised a compact millimeter-scale microbioreactor – containing a microfluidic chip – that could store the cells. Kevin Lee, an MIT graduate and co-author of the paper, commercialized the system.

The microbioreactor works by feeding a liquid containing the chosen chemical trigger into the reactor to mix with the cells. This mixture is surrounded on three sides by polycarbonate, and on the fourth side is a flexible and gas-permeable silicone rubber membrane.

By pressurizing the gas above the membrane and massaging the liquid, the user can ensure the cell-and-chemical mixture is thoroughly blended.

“This makes sure that the 1 milliliter (of liquid) is homogenous, and that is important because diffusion at these small scales, where there is no turbulence, takes a surprisingly long time,” says Ram.

The membrane is gas permeable, which enables oxygen to stream through the cells, while any produced carbon dioxide can be easily extracted.

Conditions such as oxygen levels, temperature, and pH are monitored by the device within the microfluidic chip to ensure the environment is at optimum levels for cell growth. The device also detects cell density.

The simple action of flushing liquid through a filter can allow a new chemical trigger to be added to the cells to stimulate the yeast to produce the next required protein.

In previous experiments, other researchers have attempted to develop microbioreactors, but these have not had the ability to retain the protein-producing cells after the liquid they are mixed with is flushed out.

“You want to keep the cells because they are your factory. But you also want to rapidly change their chemical environment, in order to change the trigger for protein production.”

“But if you could engineer a single strain, or maybe even a consortia of strains that grow together, to manufacture combinations of biologics or antibodies, that could be a very powerful way of producing these drugs at a reasonable cost,” he concludes.

Read about a triple-therapy patch that can destroy colorectal tumors.