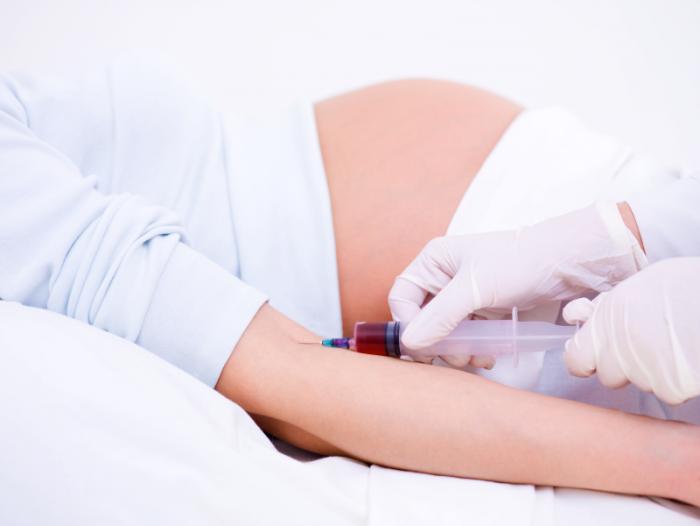 Researchers say measuring DLK1 levels in the blood of expectant mothers may be a reliable way to predict pregnancy complications.

In the journal Nature Genetics, researchers reveal that a protein called DLK1 is important for providing energy to the developing fetus, and low levels of this protein in a mother’s blood during pregnancy may signal reduced fetal growth as a result of pregnancy complications.

Levels of DLK1 are known to be increased in the blood of rodents and humans during pregnancy, but according to the research team – including lead researcher Dr. Marika Charalambous from Queen Mary University of London in the United Kingdom – little is known about what the protein does.

With a view to finding out, Dr. Charalambous and colleagues conducted a series of experiments in pregnant mice and humans.

In pregnant mice, the researchers “knocked out” the DLK1 gene that encodes the DLK1 protein, allowing them to pinpoint the source of the protein and get a better understanding of its function.

Uncovering the role of DLK1 in pregnancy

The team found the DLK1 protein derives from the embryo, suggesting that blood levels of the protein may provide information about an embryo’s biological condition.

Further investigation revealed that deactivation of the DLK1 protein in pregnant mice halted a process known as ketosis in response to fasting.

The body usually uses glucose as its main form of energy. When glucose is unavailable – through a low-carbohydrate diet or fasting, for example – ketosis kicks in. This involves the burning of the body’s fat stores in order to meet cells’ energy needs.

Their finding, the researchers say, suggests that the DLK1 protein is important for providing energy to a developing fetus, and subsequently, fetal growth.

Additionally, the researchers found that reduced DLK1 protein levels in the blood of pregnant mice were associated with lower fetal mass.

For the second part of the study, Dr. Charalambous and colleagues teamed up with researchers from the U.K.’s University of Cambridge to assess whether DLK1 levels in the blood of pregnant women may be associated with fetal health.

The team assessed the blood samples – taken at around 36 weeks of pregnancy – and pregnancy outcomes of 129 first-time mothers.

The researchers found that mothers with low blood levels of the DLK1 protein were more likely to have infants that were small for gestational age (SGA) than those with higher DLK1 protein levels.

Further study revealed that lower DLK1 levels in expectant mothers were associated with reduced fetal growth, which was due to restricted blood flow through the umbilical cord and other pregnancy complications.

Overall, the researchers say their findings suggest that blood DLK1 protein levels may be an accurate indicator of pregnancy complications among expectant mothers.

“It’s incredibly important to start developing tests that can give an obstetrician much more information on the pregnancy before delivery, so that they can intervene before complications come to crisis point.

Measuring DLK1 levels in the mother’s blood could be a reliable and noninvasive way of predicting whether there are likely to be complications, especially those that cause reduced nutrient supply to the baby. In those instances, you really need to get the baby out quickly, so women could opt to have an early elective delivery.”

While these new findings are no doubt promising, the researchers note that further clinical studies are needed to better understand the diagnostic potential of DLK1 for pregnancy complications.

Learn how heatwaves and cold snaps may increase the risk of preterm birth.

Injectable Drugs Can Help A Woman Against Osteoporosis

In High-risk Infants Breastfeeding Can Reduce The Symptoms Of Asthma