Children born by cesarean delivery may have an increased risk of becoming obese, compared with their siblings born by vaginal delivery, says study. This finding may have significant implications for the almost 1.3 million cesarean births per year in the United States. 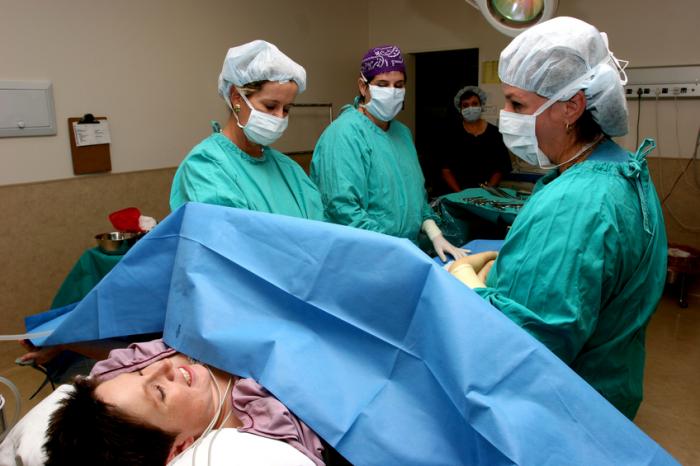 Cesarean delivery can increase a child’s risk of obesity into adulthood, study finds.

Cesarean delivery is the most common U.S. surgical procedure and accounts for one third of deliveries nationwide.

The most common risk to children born via cesarean delivery is respiratory problems, while increasing evidence suggests children may also have an increased risk of other adverse health outcomes as adults.

Researchers from the Harvard T.H. Chan School of Public Health in Boston, MA, aimed to identify if cesarean delivery was associated with obesity in children and young adults by examining participants of the Growing Up Today Study (GUTS), a large group of individuals followed up through questionnaires from childhood through early adulthood.

Study findings show that women who underwent cesarean delivery had a higher BMI before pregnancy and were more susceptible to gestational diabetes, preeclampsia, and pregnancy-induced hypertension. They were also more likely to have had a previous cesarean delivery.

Jorge E. Chavarro, M.D., Sc.D., and colleagues also found that children included in the study born by vaginal delivery had a 31 percent reduced risk of obesity, compared with children whose mothers had multiple cesarean deliveries.

Obesity risk may be associated with gut microbiota

Children born through cesarean delivery are only exposed to their mother’s skin microbiota and external environmental bacteria at birth.

Method of delivery has been shown in other studies to have a significant effect on altering an infant’s gut microbiota pattern.

Children born by cesarean delivery were found to have more staphylococci bacteria that cause infections and fewer bifidobacteria that may restore “good bacteria” in the gut. These children also exhibited less diverse bacteria species in microbiota colonization, which is associated with an increased risk of overweight and obesity in later life.

“We observed an association between cesarean delivery and increased risk of obesity in offspring that persisted through early adult life,” say the authors.

“We also report for the first time, to our knowledge, a protective effect of vaginal birth after cesarean delivery on obesity in offspring and a significant difference in risk of obesity between siblings whose modes of birth were discordant,” they say, adding:

“These findings suggest that this association may be a true adverse outcome of cesarean delivery that clinicians and patients should weigh when considering cesarean birth in the absence of a clear medical or obstetric indication.”

The team notes that while large randomized trials of cesarean versus vaginal birth may not be ethically feasible, additional research from large, prospective studies with high-quality data on prepregnancy, pregnancy, and delivery is needed.

Such data could enable researchers to investigate whether increased rates of obesity translate to greater risk of adverse cardiometabolic outcomes such as type 2 diabetes, high blood pressure, or cardiovascular disease among individuals born by cesarean delivery.