The black widow spider is considered the most venomous spider in North America. Because they thrive in temperate temperatures, black widows are most common in the south and western regions of the United States.

People may find them in grape vineyards, outdoor toilets, or in other sheltered areas where debris builds up. These areas are perfect for the spiders to build webs and trap prey.

The black widow is famous for its name, given because the female spiders are known to kill and eat males sometimes after mating. It is also known for its shiny black body.

People can easily tell it apart from other spiders because the black widow has a reddish hourglass-shaped mark on its body. It can also have red and white stripes or spots on the upper part of its body.

Although the black widow is feared for its venomous bite, it is less deadly than commonly believed. While it can be harmful, a black widow bite is rarely fatal. 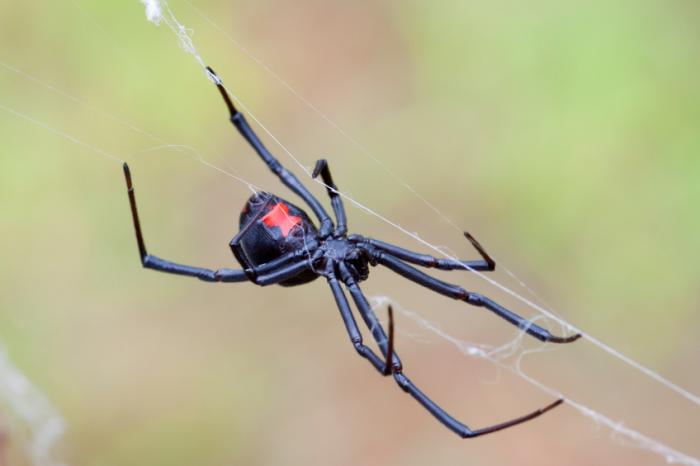 The shy black widow will only bite if provoked.

Black widow spiders are not often aggressive, and most commonly bite people out of self-defense. Some experts would go as far as to call the spider shy, as it would rather choose not bite humans.

“They have no reason to bite us unless they’re threatened,” says Catherine Scott, an arachnologist at Simon Fraser University in British Columbia, Canada, in a Live Science interview. “We pose a much greater threat to them than they do to us.”

Simply coming into close contact with a black widow isn’t necessarily dangerous. People are most at risk for getting bitten when they squeeze or pinch the spider’s body, according to one recent study. This can sometimes happen by mistake. For example, accidentally sitting on or grabbing a black widow when reaching for something else.

The best way to avoid a black widow’s bite is to avoid touching the spider altogether. Although the researchers found that even repeated poking wasn’t enough to cause a bite, it’s a good idea not to touch the black widow with bare hands.

Anyone who has to be in contact with a black widow should try letting the spider out on its own, or use a dull object to lead it outside.

Children and older people are most at risk for death from a bite. These groups should avoid being in contact with black widows as much as possible.

What does a black widow spider bite look like?

All spiders have hollow fangs to inject venom into their prey. Most spiders’ fangs are not strong or long enough to break human skin. The black widow’s fangs are different, however.

If someone is bitten, they will have a visual clue. A black widow’s bite will show up distinctly with two red puncture marks at the bite site. They may also see a red ring around a pale center surrounding the puncture marks. This creates a target-like appearance.

People who are bitten may not realize it until about 30 to 40 minutes later. At this point, they experience some pain along with some redness or swelling at the bite site.

Other spider bites may look similar to the black widow’s bite, but there are some differences. The main difference is the visible puncture wounds where the fangs broke the skin.

How the skin reacts to the venom is also unique. A brown recluse spider bite looks similar to a black widow’s, although it looks more like a bull’s-eye, with a blister in the center of a red ring and a pale ring around that.

According to the American Association of Poison Control Centers, not all black widow bites are venomous. This is because the spider chooses when to inject venom and how much, if it does at all. The black widow saves its venom for when it feels its life is in danger.

With a nonvenomous bite, people may experience little to no symptoms at all. The symptoms of a venomous bite develop around 2 hours after. This may the first sign of being bitten.

Along with some pain and swelling at the bite site, the following are some other symptoms linked with a black widow’s bite. They may appear in the 24 to 48 hours after the bite: 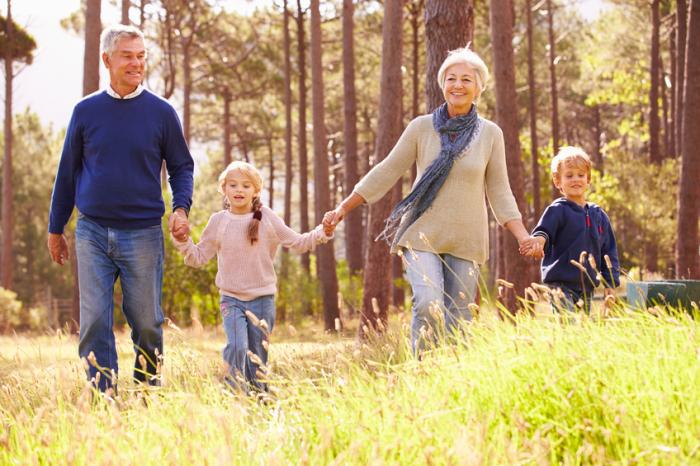 Children and older people are most at risk from a black widow bite.

While a black widow’s bite can be venomous, it’s not meant to kill humans. As not all bites contain venom, there’s a good chance that people will experience little to no health complications with a bite.

Of the 1,866 black widow bites reported to the American Association of Poison Control Centers in 2013, only 14 of them resulted in severe symptoms. None resulted in death.

However, a black widow’s bite can cause death in these groups of people:

A black widow’s bite can also cause complications for pregnant women, who may begin contractions and go into labor.

What to do if bitten by a black widow spider

If someone begins to experience any symptoms or notice they’ve been bitten, they should contact emergency medical services immediately. They may also be able to call a local poison center.

The following information may be useful for doctors to know:

If possible, it’s a good idea to apply first aid at home while waiting for medical attention. People should take the following steps if they have the necessary materials to hand:

If possible, people should put the spider or any remnants of it in a secure container. This can be given to the healthcare professionals to help them. 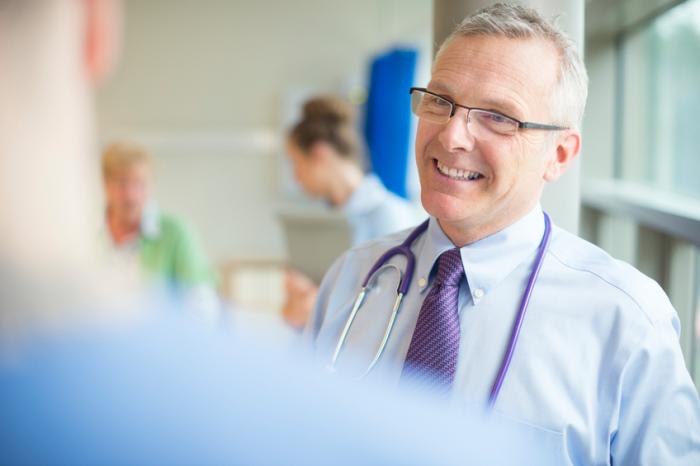 After arriving at the hospital, a doctor or nurse will take vital signs, including temperature, blood pressure, pulse, and breathing rate. In some cases, the doctor will order a number of tests, such as:

Medicine may also be given to help treat the symptoms, as well as oxygen or IV fluids, if needed.

If someone is experiencing severe symptoms, an antivenin may be used. This type of medication contains antibodies that help treat the effects of poison. It can also cause severe allergic reactions, however, so may not always be used.

Severe symptoms will get better within the next few days. Milder symptoms can last for a few weeks. Patients will be discharged as the doctor sees fit. Even with treatment, there is a risk of death in younger children, the sick, and older people.