Scientists are surprised to find that ultrasmall, fluorescent nanoparticles – originally developed to light up tumors for surgery – can also kill cancer cells by triggering a type of cell death that is not commonly observed. 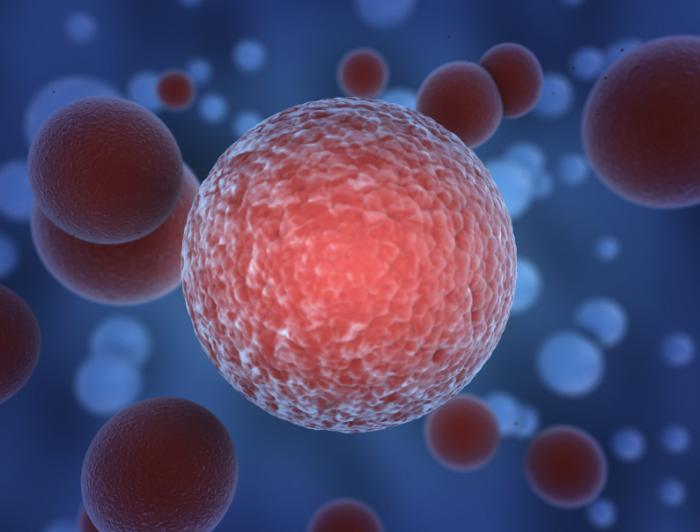 The ultrasmall particles kill cancer cells by taking iron from their environment and delivering it into them. The process – called ferroptosis – ruptures the cell’s membrane.

They report the discovery – and how they tested the nanoparticles in cell cultures and mice – in the journal Nature Nanotechnology.

One of the lead investigators, Ulrich Wiesner, a professor of engineering at Cornell University in Ithaca, NY, says:

“If you had to design a nanoparticle for killing cancer, this would be exactly the way you would do it.”

Nanoparticles are tiny particles with at least one dimension no bigger than 100 nanometers. They have unusual properties compared with the same material on a larger scale, and scientists and engineers are applying them in many fields, including electronics and biomedicine.

The nanoparticles at the center of the new study – called Cornell dots, or C dots – are ultrasmall, fluorescent silica particles, with a diameter of 5 nanometers.

They were originally developed by Prof. Wiesner over 10 years ago as a tool for cancer surgery. They attach to cancer cells and light them up so surgeons can see where to cut.

The particles were also intended to be used for targeted drug delivery and environmental sensing.

The new study shows that the cancer-targeting Cornell dots can kill cancer cells without having to carry drugs.

“In fact, this is the first time we have shown that the particle has intrinsic therapeutic properties.”

“The particle is well tolerated in normally healthy tissue,” Prof. Wiesner explains, “but as soon as you have a tumor, and under very specific conditions, these particles become killers.”

The researchers discovered the cancer-killing properties of the Cornell dots when they were trying to find out how well large concentrations could be tolerated. They carried out several experiments over several years.

Then, to their surprise, they found that when high doses of peptide-coated Cornell dots were incubated with cancer cells – and particularly when the cells were starved of nutrients – the particles took iron from the environment and delivered it into the cancer cells.

Delivering iron into the cells triggers a type of cell death called ferroptosis, which ruptures the cell membrane. This is different to the more commonly observed fragmentation cell death known as apoptosis.

Prof. Wiesner says only 24-48 hours after exposure to the Cornell dots, they observed how a “wave of destruction” swept through the entire cancer cell culture.

In further experiments they injected high doses of the coated Cornell dots into mice grafted with melanoma tumors and found they shrank the tumors without causing any adverse reactions.

The authors conclude their findings show “ferroptosis can be targeted by ultrasmall silica nanoparticles and may have therapeutic potential.”

“We’ve found another tool that people have not thought about at all so far. This has changed our way of thinking about nanoparticles and what they could potentially do.”

The researchers now plan to test how the Cornell dots work with other standard therapies in different kinds of cancer tumors.

They want to make them more effective before starting tests in humans. The team will also be exploring ways to tailor the particles to target specific cancer types.