The results of a phase II clinical trial show that 8 out of the 23 patients who were treated successfully continued to do well 7 ? years after treatment.

No previous treatment has managed to control the progress of multiple sclerosis (MS) to this extent, but researchers warn that the intervention may be too risky for widespread use.

The new way of combining chemotherapy with stem cell transplantation has prevented brain lesion relapses in over 95 percent of study participants.

Some specialist treatment centers offer autologous hematopoietic stem cell transplantation (aHSCT) for patients with MS. Stem cells are taken from the patient’s bone marrow, while chemotherapy is used to suppress the immune system.

The stem cells are then put back into the blood stream, theoretically “resetting” the immune system and stopping it from attacking the body.

However, relapse is common, so researchers are looking for more effective and reliable methods. 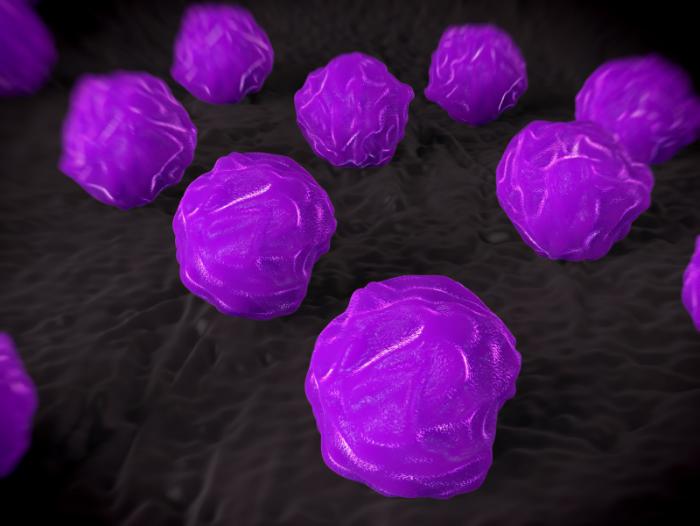 Killing the immune response to improve outcomes
Dr. Harold Atkins and colleagues from The Ottawa Hospital and the University of Ottawa, in Canada, wanted to see what would happen if they totally destroyed, rather than just suppressing, the immune system during stem cell treatment.

They hypothesized that this might lead to a lower relapse rate and a greater chance of long-term remission.

The 24 patients were aged 18-50 years and were attending three Canadian hospitals for treatment for MS. They all had a poor prognosis.

Participants’ scores on the Expanded Disability Status Scale (EDSS) showed that their levels of disability varied from moderate to needing a walking aid to walk 100 meters.

In the new approach, the scientists did not suppress the immune system before transplanting the stem cells; they totally destroyed it.

All had received standard immunosuppressive therapy previously but with limited success. Patients were experiencing an average of 1.2 relapses per year. The 24 MRI scans taken at the start of the current study revealed a total of 93 brain lesions.

They removed immune cells from the stem cells that were to be reintroduced to the body by giving the patients a stronger chemotherapy regime than usual.

“The chemotherapy we use is very effective at crossing the blood-brain barrier, and this could help eliminate the damaging immune cells from the central nervous system.”

New brain lesions
Sustained progression of EDSS scores.
The team was looking for participants to survive and to be free of MS activity after 3 years.

A treatment both hazardous and impressive
One participant did not survive, due to liver failure and sepsis following the chemotherapy.

Results showed no relapses in the remaining 23 patients over the next 4 to 13 years. No detectable new disease activity appeared on MRI images after the treatment, and only one of the 327 MRI scans taken in the follow-up period showed a new lesion.

MS involves a gradual deterioration of the brain function, but in nine of the participants, the deterioration slowed to a normal pace of aging.

Eight patients had EDSS scores that continued to improve 7 ? years after treatment.

Eight patients experienced a moderately toxic effect, and 14 patients had a mildly toxic effect, following transplantation.
After 3 years, six patients were able to decrease or stop receiving disability payments, and they returned to work or education.

Aggressive therapy may not benefit all patients
Limitations include the small sample size and the lack of a control group.

The authors stress the need for caution, for larger clinical trials to confirm the results, and for more research to reduce the risks.

They also warn that this is an aggressive treatment and urge people to weigh up not just the possible benefits, but also the risk of severe complications.

Further studies should also establish which patients are most likely to benefit from this type of treatment.

They also note that such treatment should only be available in centers that specialize in both MS treatment and stem cell therapy, or else within the bounds of a clinical trial.

In a linked Comment, Dr. Jan D?rr, from the NeuroCure Clinical Research Center in Berlin, Germany, describes the results as “impressive,” and says they seem to “outbalance any other available treatment for multiple sclerosis.” He notes, however, that aHSCT has “a poor safety profile” regarding treatment-related mortality.

Dr. D?rr does not believe this study will change approaches to MS treatment immediately because of the risks involved.

However, given an “increasing popularity of using early aggressive treatment,” he suggests that if safety can be assured, it could eventually become a general treatment option.