Statins should remain the first-line therapy for lowering cholesterol and reducing the risk of cardiovascular disease, but if they cannot be tolerated, nonstatin therapies may be just as beneficial. This is the conclusion of a new study published in JAMA. 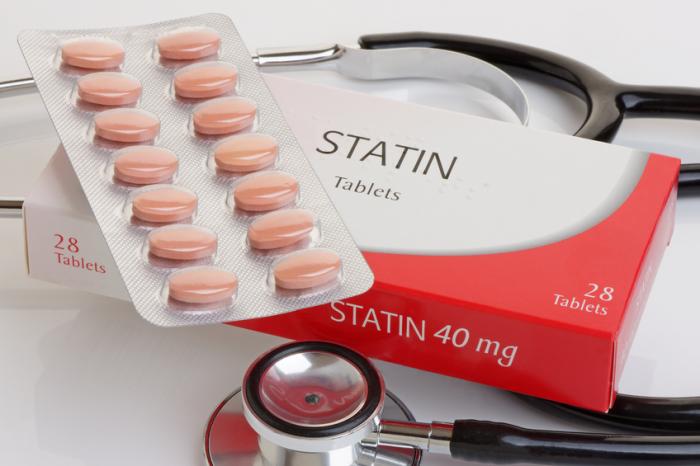 Researchers say some nonstatin therapies may be just as effective as statins for reducing LDL cholesterol and cardiovascular risk.

Statins are drugs that block a cholesterol-producing enzyme in the liver called HMG-CoA reductase. This lowers the production of low-density lipoprotein (LDL) cholesterol – the “bad” cholesterol that can increase the risk of heart attack, stroke, and heart disease.

Study co-author Dr. Marc S. Sabatine, of Brigham and Women’s Hospital at Harvard Medical School in Boston, MA, and colleagues note that the clinical benefits of using statins to lower LDL cholesterol are widely accepted, largely due to the high-quality evidence of their safety and efficacy in clinical trials.

According to the American Heart Association, statins are the only class of cholesterol-lowering medication that has been shown to directly reduce the risk of heart attack and stroke, so it is often the first choice of drug therapy for patients with high LDL cholesterol.

When it comes to nonstatin cholesterol-lowering therapies, however, the benefits are less clear.

Nonstatin therapies just as effective as statins for lowering cholesterol

For their study, Dr. Sabatine and team set out to assess the effects of statin and nonstatin therapies on LDL cholesterol levels and the risk of cardiovascular diseases.

The researchers conducted a review and meta-analysis of 49 randomized trials conducted between 1966-2016. The trials included 312,175 participants of an average age of 62 years.

A total of 39,645 major cardiovascular events – including heart attack, stroke, and cardiovascular death – occurred among the participants, and the trials assessed the outcomes of nine different cholesterol-lowering therapies.

In order to compare these therapies, the team divided them into four groups:

The team notes that trials specifically investigating how PCSK9 inhibitors affect cardiovascular outcomes have yet to be completed, so data for these drugs to date were assessed separately and compared with data for therapies that increase LDL receptor expression.

The results of the analysis revealed that statins and nonstatin therapies that increase LDL receptor expression were both similarly effective for reducing LDL cholesterol and reducing the risk of major cardiovascular events.

With both types of therapies, every 1 millimole per liter (39 milligrams per deciliter) reduction in LDL cholesterol represented a 23 percent decrease in the risk of major cardiovascular events, the team reports.

According to Dr. Sabatine and colleagues, their results “deserve careful consideration in light of the strength of the available trial evidence for different types of therapies.”

“As per current guidelines, when tolerated, statins should be the first-line therapy given the large reductions observed for LDL-C [LDL cholesterol], the excellent safety profile, the demonstrated clinical benefit, and low cost (now that most are generic).

However, the data in the present meta-regression analysis raise the possibility that other interventions, especially those that ultimately act predominantly through upregulation of LDL receptor expression, may provide additional options and may potentially be associated with the same relative clinical benefit per each 1 millimole per liter reduction in LDL-C.”

Read about a study that suggests the harms of statins have been overestimated.