While there is a general agreement that sugar intake is bad for heart health, this was not always the case. In the 1960s, when deaths from heart disease in the United States reached a peak, researchers were divided on the primary dietary contributors to the condition: sugar or fat? For years, studies blamed the latter, but recent research suggests the sugar industry may have played a pivotal role in which way the finger was pointing. 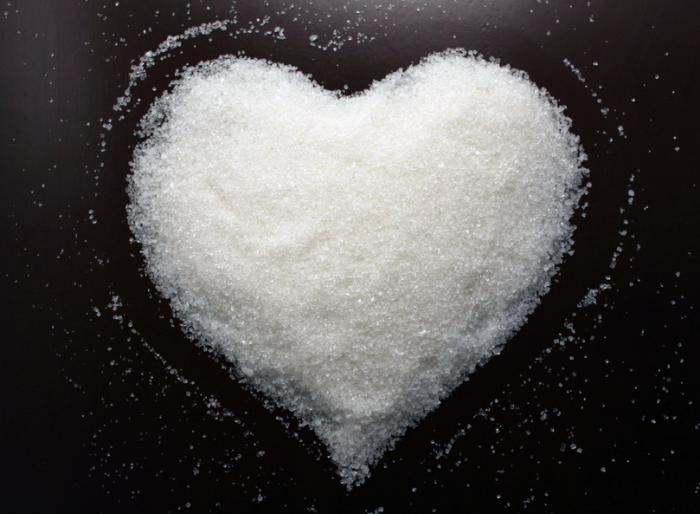 Researchers have uncovered a 50-year-old heart disease study that was funded by the sugar industry to shift the blame from sugar to fat.

Earlier this month, dentist-turned-researcher Dr. Christin Kearns, of the University of California-San Francisco (UCSF), and colleagues reignited the debate over the influence the food industry has over scientific research.

In JAMA Internal Medicine, the team published a report revealing the discovery of a study published in the 1960s that received funding from the Sugar Association – formerly the Sugar Research Foundation (SRF).

The problem? The SRF funding was not disclosed – mandatory conflict of interest disclosure was not introduced until the 1980s – and there is evidence that the researchers of the 50-year-old study were paid to shift the focus away from the harms sugar intake poses for heart health.

The study in question was published in The New England Journal of Medicine on July 27, 1967.

Conducted by three former nutritionists at Harvard Medical School in Boston, MA – Dr. Frederick Stare, Dr. Mark Hegsted, and Dr. Robert B. McGandy, who are now deceased – the research claimed that consumption of dietary fats, rather than sugar, was the primary cause of coronary heart disease (CHD).

In their report, Dr. Kearns and colleagues reveal the discovery of documents in public archives that show Drs. Stare and Hegsted were paid $6,500 – the equivalent of almost $50,000 today – by the SRF to detract attention away from previous studies linking sugar to CHD.

According to the UCSF researchers, the documents show that in 1964, John Hickson – then president of the SRF – penned a memo suggesting the SRF “embark on a major program” in order to redress “negative attitudes towards sugar,” and one way he proposed doing so was to fund research to “refute our detractors.”

One year later, Hickson commissioned Dr. Hegsted and colleagues to conduct “Project 226” – described by Hickson as “a review article of the several papers which find some special metabolic peril in sucrose.”

Hickson provided Dr. Hegsted with a number of papers, and according to Dr. Kearns and team, the Harvard researchers “heavily criticized” studies that identified a link between sucrose – or table sugar – and coronary heart disease, while disregarding the limitations of studies that associated fat with the condition.

The study’s conclusion? That lowering intake of fat is the only way to keep cholesterol levels low and prevent CHD. This, therefore, would suggest to the general population and policymakers that a high-sugar diet does not play a major role in CHD.

Commenting on their discovery, Dr. Kearns and co-authors say:

“Together with other recent analyses of sugar industry documents, our findings suggest the industry sponsored a research program in the 1960s and 1970s that successfully cast doubt about the hazards of sucrose while promoting fat as the dietary culprit in CHD.”

Speaking to Medical News Today, Dr. Kearns said she was “surprised to learn the SRF began funding heart disease research as early as 1965 – and that their tactics to shift the focus off of sucrose were so sophisticated.”

Marion Nestle, a professor of nutrition and food studies at New York University, who wrote an editorial accompanying Dr. Kearns’ report, told MNT she was “shocked” by the discovery.

“Everyone knew that Fred Stare collected scads of money from food and drug companies and sounded like he worked for the food industry, but Mark Hegsted was another matter,” she said. “I knew him as a scientist committed to finding effective dietary approaches to chronic disease and would never have imagined him working so closely with the sugar industry.”

The continued influence of one biased study

The new revelation demonstrates how the sugar industry skewed the results of one study almost 50 years ago, but how is this relevant today?

That single study is likely to have influenced our diets ever since; the results were used in SRF marketing, and they even helped inform recommendations relating to diet and heart disease, many of which remain. 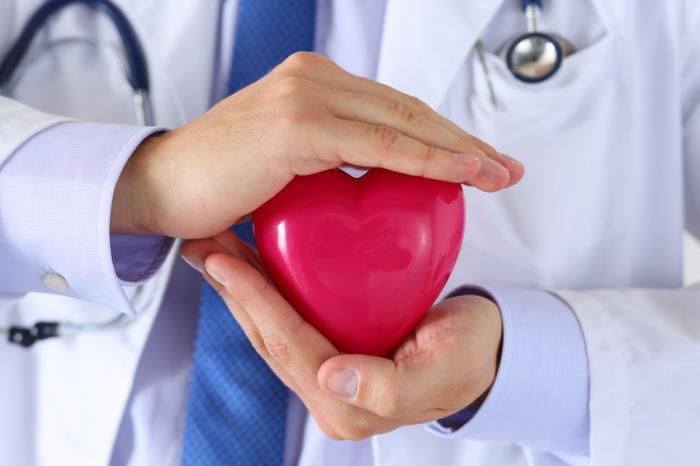 The sugar industry-funded study is likely to have influenced what we have eaten for decades.

Stanton Glantz, co-author of the UCSF research, explains that the industry-funded study was a major review published in an influential journal, so it “helped shift the emphasis of the discussion away from sugar and onto fat.”

“By doing that, it delayed the development of a scientific consensus on sugar-heart disease for decades,” he adds.

Report co-author Laura Schmidt, of UCSF, notes that saturated fat has been perceived as the main culprit in heart disease for years, but increasingly, light is being shed on the role of sugar.

A study published in the journal Progress in Cardiovascular Diseases earlier this year, for example, presented evidence that added sugar intake might be an even greater contributor to cardiovascular disease than saturated fat.

“After a thorough analysis of the evidence it seems appropriate to recommend dietary guidelines shift focus away from recommendations to reduce saturated fat and towards recommendations to avoid added sugars,” said Dr. James J. DiNicolantonio, of Saint Luke’s Mid America Heart Institute and co-author of the study.

While evidence of sugar’s major role in heart disease is mounting, Schmidt notes that “health policy documents are still inconsistent in citing heart disease risk as a health consequence of added sugars consumption.”

Today, researchers are required to disclose any conflicts of interest they may have, including any industry relationships and funding they have received – a regulation that was not in place in the 1960s, and a fact that The Sugar Association use in their defense in response to the UCSF discovery.

“We acknowledge that the Sugar Research Foundation should have exercised greater transparency in all of its research activities, however, when the studies in question were published, funding disclosures and transparency standards were not the norm they are today,” the organization comments. 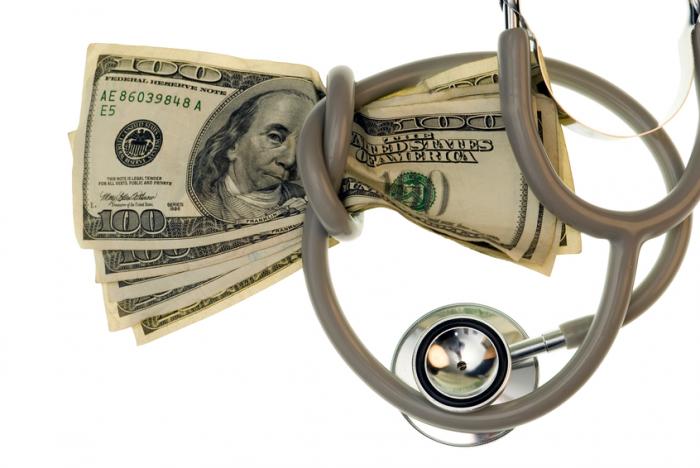 In some cases, such as with drug development, industry-funded research is beneficial.

But has the introduction of transparency standards in the 1980s reduced how much influence industries have over scientific research? It seems not.

In relation to the food industry, just last year, the New York Times revealed that Coca-Cola was funding the development of a nonprofit organization called Global Energy Balance Network (GEBN).

While GEBN claimed its aim was to conduct research into the causes of obesity, the organization widely claimed that it is lack of exercise, rather than an unhealthy diet, that causes weight gain.

“Those of us interested in science, public health, medicine, we have to learn how to get the right information out there.”

On this occasion, it seems the proposal that an unhealthy diet is not a cause of obesity – a claim backed by a soft drink giant – was shunned by healthcare professionals and the general public alike; in November 2015, GEBN ceased operation.

Still, industry-funded research continues – but why? Can it ever be beneficial?

Industry-funded research should be interpreted with caution

One area of research that does benefit from industry funding is drug development.

While grants from government organizations and charities enable some drug trials to go ahead, in the U.S., the bulk of funding comes from the pharmaceutical industry, with more than $30 billion a year spent on drug development.

Without pharmaceutical industry funding, many of the drugs we use today for common illnesses may not have been discovered. But that is not to say such funding isn’t problematic; it can result in bias, with numerous studies showing that trials funded by the pharmaceutical industry are more likely to support the interest of the sponsor.

And according to Nestle, this type of bias is very much present in research funded by the food industry.

“In my casual year-long collection of 168 industry-funded studies, I found 12 with results that did not favor the sponsor’s interest. Systematic studies come out with slightly higher percentages of unfavorable studies,” Nestle told MNT.

“The science is usually done pretty well; it’s the research question and the interpretation that seem most influenced. Research shows that investigators who take industry funding are unaware of the influence and bias their science inadvertently. This makes the problem exceptionally difficult to deal with.”

Is there anything that can be done to reduce the effects of bias from food industry-funded research?

According to Dr. Kearns and colleagues, their recent discovery suggests policymakers should “consider giving less weight to food industry-funded studies and include mechanistic and animal studies, as well as studies appraising the effect of added sugars on multiple CHD biomarkers and disease development.”

In her editorial, Nestle says the results emphasize that caution should be applied when interpreting the results of research funded by the food industry.

“May it serve as a warning not only to policymakers, but also to researchers, clinicians, peer reviewers, journal editors, and journalists of the need to consider the harm to scientific credibility and public health when dealing with studies funded by food companies with vested interests in the results,” she adds, “and to find better ways to fund such studies and to prevent, disclose and manage potentially conflicted interests.”

It is evident that the recent discovery of the sugar industry’s role in heart disease research has left a bitter taste in the mouths of nutritionists, policymakers, and the general public. Whether it has the ability to change approaches to food industry-funded research, however, remains to be seen.